Atletico Madrid started their LaLiga campaign with a 6-1 demolition of Granada, with Luis Suarez impressing off the bench on his debut 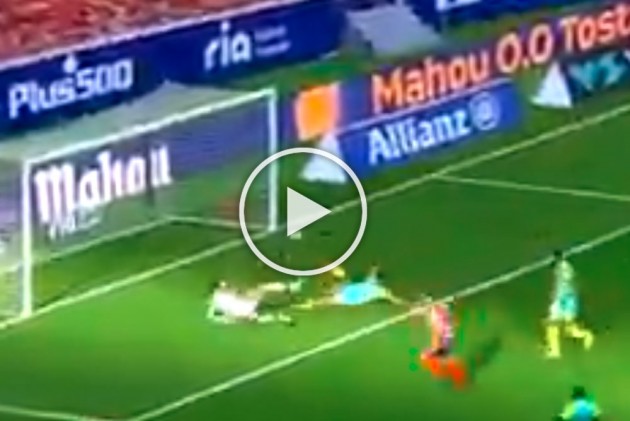 Luis Suarez scored twice and assisted another in a dream debut off the bench in Atletico Madrid's 6-1 demolition of Granada in their opening LaLiga fixture. (More Football News)

The Uruguay forward, who joined from Barcelona in a €6million deal on Friday, had already provided an assist for Marcos Llorente and won a penalty that was overturned by the time he powered in a header for his first Atleti goal.

Luis Suarez with his 2nd goal of the day... on his debut ð¤¯pic.twitter.com/kChJ1BZBK4

Jorge Molina's consolation brought only brief joy for Granada as Suarez, who only entered the fray in the 70th minute, rounded off a sensational cameo in second-half injury time.

The result was already beyond doubt before Suarez's introduction with Diego Costa heading Atleti in front and, after Saul Niguez missed a first-half penalty, Angel Correa and Joao Felix were also on target prior to the late glut of goals.

SUÁREEEEEZ WHAT A HEADER!!! WHAT A DEBUT!!!!

With Suarez watching on from the stands, Costa wasted little time in proving his worth, meeting Correa's cross with a brilliant header.

Matters were made worse for Granada when Domingos Duarte fouled Joao Felix, yet Saul's penalty was well saved by Rui Silva.

Any Granada comeback hopes were dealt a hammer blow two minutes into the second half – Correa thumping in from close range after controlling Joao Felix's pass.

Correa returned the favour 18 minutes later, sliding a throughball – which was dummied by Costa – to Joao Felix, who coolly rounded a defender before slotting home.

With victory ensured, Simeone handed Suarez his Atleti bow and the Uruguay talisman made an instant impact, setting up Llorente to tuck his effort under the keeper and make it 4-0.

Suarez was awarded a penalty moments later, only for referee Xavier Estrada Fernandez to overturn his decision after checking the screen.

Yet the 33-year-old was not to be denied his first goal in red-and-white, which came courtesy of a fantastic thumping header in the 85th minute.

With Molina bundling in a consolation at the other end, there was still time for Suarez to strike again, and he had his second in the final minute when he tucked in on the follow-up after hitting the woodwork.

What does it mean? Atleti well placed for a title tilt?

Atleti are now unbeaten in 17 LaLiga matches, and with the added star quality of Suarez seem to have the attacking foundations to mount a real title challenge this term, especially given the uncertainty at Barca and the ageing nature of Real Madrid’s squad.

In his time on the pitch, Suarez had a total of 16 touches and managed four shots, scoring twice and providing an assist. He also became the first Atleti player to score and assist on his league debut in the 21st century.

Signed from Getafe in the close season, Molina put in a poor display up against Atleti's disciplined defence. He managed just two shots, albeit one of them was a goal from three-yards out, though it was not enough to paper over a disappointing display.

The fixtures now come thick and fast for Atleti, with Huesca next up on Wednesday. Granada face Malmo in a Europa League qualifier a day later.