It is Prajnesh's second straight runner-up finish. He had reached the final at the Cary Challenger last week. 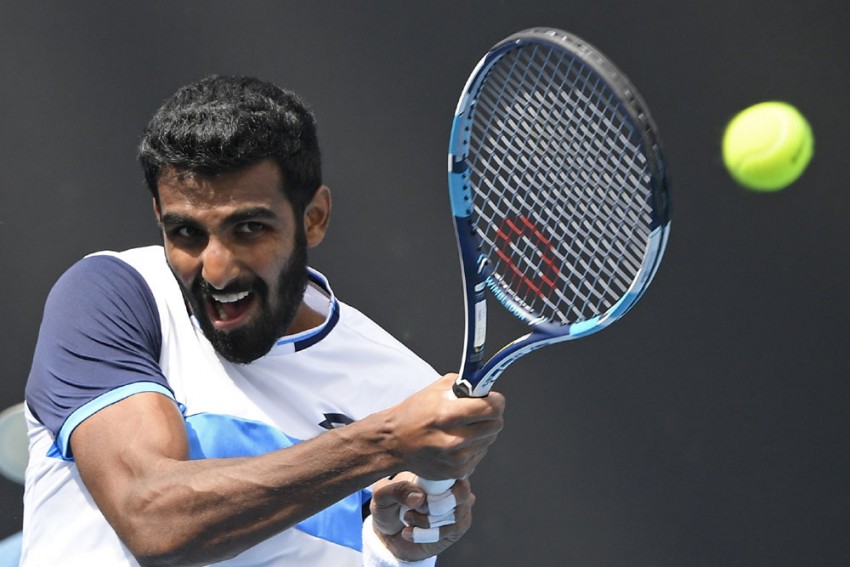 Prajnesh did not have the required power in his strokes to hurt the American, losing 3-6 4-6 in the USD 52,080 hard court tournament on Sunday.

The Indian left-hander could convert none of the eight break chances that came his way in an hour and 28 minute contest.

It is Prajnesh's second straight runner-up finish. He had reached the final at the Cary Challenger last week.

The result helped Prajnesh to move to 128 from 137. He has already locked the India number one rank with his Orlando show.

Serving at 2-3, 30-all, Prajnesh buried a forehand to the net to be down a break point but saved it with an ace.

Another forehand error by Prajnesh gave Nakaksima another chance but the Indian saved that too with a well set-up winner.

However, Nakashima's strong ground-strokes brought him another chance and this time Prajnesh could not save, sending a backhand over the baseline.

An easy hold put the American ahead 5-2. He returned to serve out the set without any fuss.

In the third game of the second set, Prajnesh dropped serve and squandered two break chances in the next game to let 19-year-old Nakashima run away with his maiden Challenger level singles trophy.