The four group winners in the 16-team tournament advance to the semifinals on Friday and Saturday, with the final scheduled for Sunday. Canada were playing Britain later Tuesday in Group C and Russia were playing Australia in Group B. 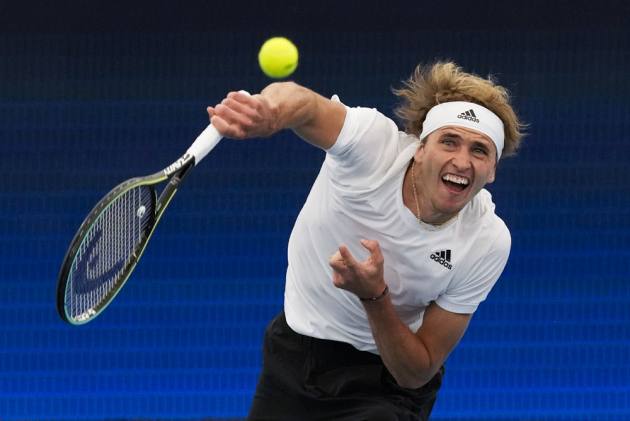 Alexander Zverev beat Taylor Fritz in straight sets Tuesday to clinch a victory over the U.S. team and get Germany's ATP Cup campaign back on track. (More Tennis News)

Isner and Fritz combined for a 6-0, 6-3 win over Kevin Krawietz and Tim Puetz in the doubles. Both teams are now 1-1 in Group C. The U.S. opened with a 3-0 win over Canada and Germany was coming off a 2-1 loss to Britain.

“Great effort by Jan to beat John in these conditions ... we needed that win, we needed to get on the board,” No. 3-ranked Zverev said.

“It's the second match of the season. I'm still getting into it. I'm still trying to adjust, but I'm happy with how things are.”

Italy rebounded from its opening upset loss to Australia to beat France in Group B.

Sinner and Berrettini completed the sweep with a three-set win in the doubles.

For Berrettini, it was a confidence-boosting win following a loss to Alex de Minaur of Australia. Humbert was coming off an upset over U.S. Open champion Daniil Medvedev.

“I had to play my best tennis in the important moments to win the match and I'm really happy with my performance,” Berrettini said in an on-court TV interview.

The four group winners in the 16-team tournament advance to the semifinals on Friday and Saturday, with the final scheduled for Sunday.