Spain recorded their second consecutive victory in the ATP Cup 2022 having beaten Chile in the opener. Poland won against Georgia with Kamil Majchrzak and Hubert Hurkacz securing contrasting victories. 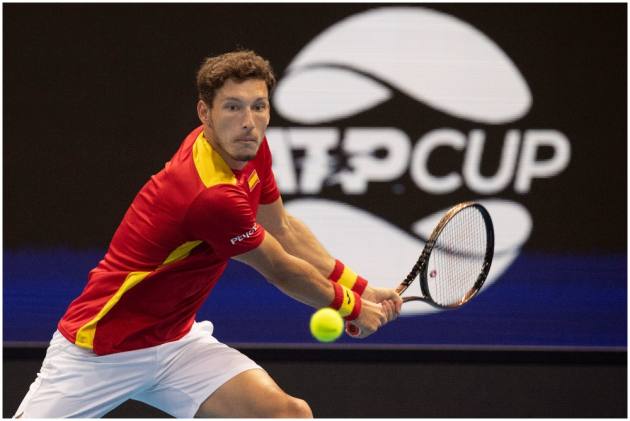 Spain and Poland remained perfect at the ATP Cup 2022, securing winning 2-0 leads in their matches on Monday for their second consecutive victories in the team event. Robert Bautista Agut clinched the match for Spain by beating Casper Ruud of Norway 6-4, 7-6 (4) after Pablo Carreno Busta defeated Viktor Durasovic 6-3, 6-3. (More Tennis News)

Bautista Agut improved to 9-2 in singles at the team event. “Casper is playing unbelievable tennis, (he did) an unbelievable performance last year, and today I played very good,” Bautista Agut said in his on-court interview.

“He (Metreveli) played well in the first set and things were not going my way. But I got better with each set and am happy to get the win,” Hurkacz said. Poland can book a place in the semifinals if they defeat Argentina on Wednesday in its next group game.

Majchrzak needed only 53 minutes to beat Bakshi. “I was trying to move (Bakshi) around and I think that was the key to the match,” said Majchrzak, who is coached by former world seventh-ranked Joakim Nystrom.

“He brings me a lot of confidence and a lot of calm in my tennis so I can feel that I am improving,” Majchrzak said of Nystrom on the ATP Tour's website. “We are working on (developing an all-court game) but in a way that doesn't interrupt my baseline game. We will take it from the practice to the matches but it takes time.”

Greece play Argentina and Serbia take on Chile in night matches on Monday. The four group winners in the 16-team tournament advance to the semifinals on Friday and Saturday, with the winners meeting in the final on Sunday.