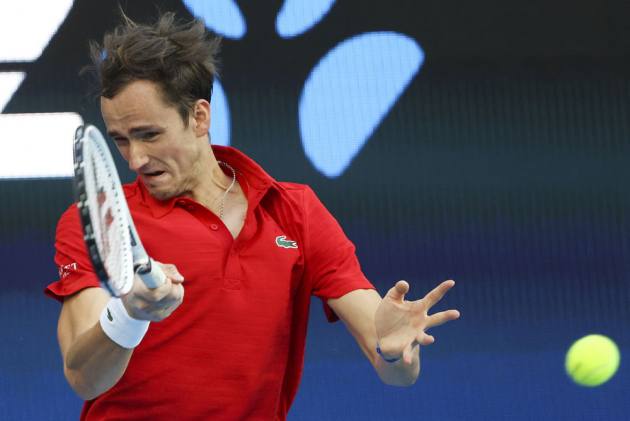 Daniil Medvedev won a marathon match against Alexander Zverev to send Russia into the final of the ATP Cup for the first time. (More  Tennis News)

The world number four and reigning ATP Finals champion triumphed 3-6 6-3 7-5 at Melbourne Park in a match lasting just under two hours and 40 minutes.

That result clinched victory over Germany in the semi-final after Andrey Rublev had earler fought back in style from a set down to defeat Jan-Lennard Struff 3-6 6-1 6-2.

Zverev appeared in control after breaking to go 3-2 ahead in the second set after winning the first, but Medvedev reeled off four games in a row as the world number seven began to struggle with a lower back problem.

"When it's against Sascha and you are 6-3, 3-2, break down, many times you're going to lose a match," Medvedev said. "But I needed to keep my chances alive for the team first of all, for the country. I just tried to stay there, got a bit tight maybe. I just did my job and I'm really happy about it."

Russia will meet Italy in the final following their defeat of Spain, which was secured by Matteo Berrettini's straight-sets win over Roberto Bautista Agut.

After Fabio Fognini saw off Pablo Carreno Busta in three sets, Berrettini - who has beaten three of the top 13 players in the world without dropping a set in this tournament - won 6-3 7-5 to set up Sunday's Russia showdown.

"It's an unbelievable feeling," said a delighted Berrettini, who was absent last year as Italy failed to progress from their group in the inaugural staging of the event. "Last year I couldn't make it, so I'm really happy that the first time that I played we are into the final.

"I'm feeling good. I'm feeling pumped. I'm feeling great to play not just for me, but for my team and for Italy in general. That's what matters the most. I'm really looking forward to playing tomorrow."Fina