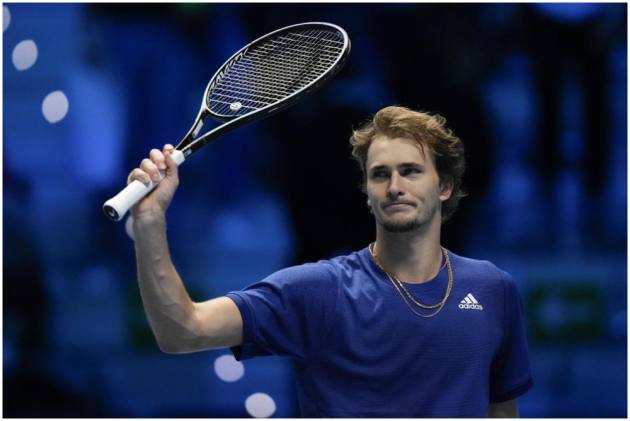 The top three players have advanced to the semifinals at the ATP World Tour Finals. (More Tennis News)

The third-ranked Alexander Zverev joined No. 1 Novak Djokovic and No. 2 Daniil Medvedev in the last four at the season-ending event for the top eight players after beating Hubert Hurkacz 6-2, 6-4 on Thursday.

Having qualified second in his group behind Medvedev, Zverev’s semifinal opponent will be Djokovic, who won the other group.

Daniil Medvedev’s semifinal opponent will be determined on Friday when Andrey Rublev meets Casper Ruud on the final day of round-robin play.

“We played basically every single big event this year on hard court against each other,” Zverev said. “So it’s only right that we play each other here as well. ... It’s always close when we play each other, so I’m looking forward to hopefully another tough one.”

Alexander Zverev, the 2018 champion at the finals, didn’t face a single break point against Hubert Hurkacz, a first-time qualifier.

Both players served 11 aces amid quick conditions inside the Pala Alpitour.

“Every single match that we played we both needed to be at our best. One or two points decided the matches. I expect no different here.”