ATP Finals: Alexander Zverev Up And Running With Win Over Diego Schwartzman 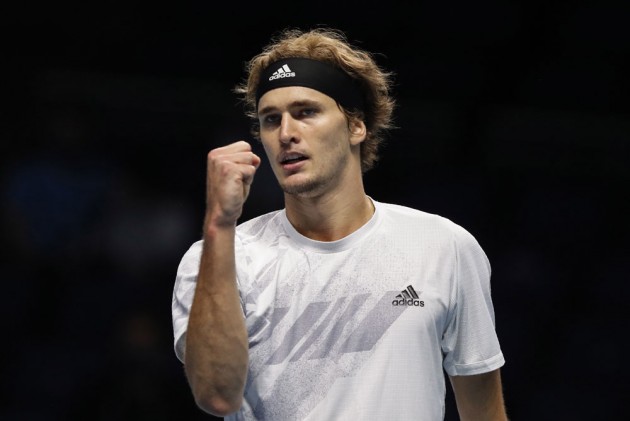 Alexander Zverev got up and running in the ATP Finals with a hard-fought victory over Diego Schwartzman on Wednesday. (More Tennis News)

Zverev and Schwartzman lost their opening matches of the season-ending tournament to Daniil Medvedev and Novak Djokovic respectively.

World number seven Zverev will face Djokovic in his last group match on Friday as he eyes a semi-final spot, while Schwartzman looks unlikely to advance.

Back on track… @AlexZverev registers his first win of the 2020 #NittoATPFinals , defeating Schwartzman 6-3 4-6 6-3 in London pic.twitter.com/CUt0irBEGH

Zverev made a tentative start and found himself a break down at 2-1 after drilling a forehand long, but he broke straight back as a more positive approach paid off.

The unforced errors were mounting for Schwartzman and Zverev made him pay, winning four games in a row and wrapping up the set when the Argentinian sent a forehand beyond the baseline at full stretch on the run.

Zverev forced two break points in the first game of the second and although Schwartzman hung in there to hold, he was unable to prevent the German from taking a 2-1 lead at the next attempt.

Schwartzman showed flashes of brilliance, including a couple of sublime forehand winners, and was back on serve at 3-3 after a fierce Zverev forehand struck the net cord and landed wide.

The Buenos Aires native had the initiative and took it the distance when Zverev blasted a forehand long to lose the set, then earned a code violation for angrily striking a ball high in the air before returning to his chair.

Zverev was in a far better mood after going a break up at 3-2 in the decider by finishing off a well-constructed point with a textbook backhand volley and he had a vital win when Schwartzman crashed a forehand into the net.