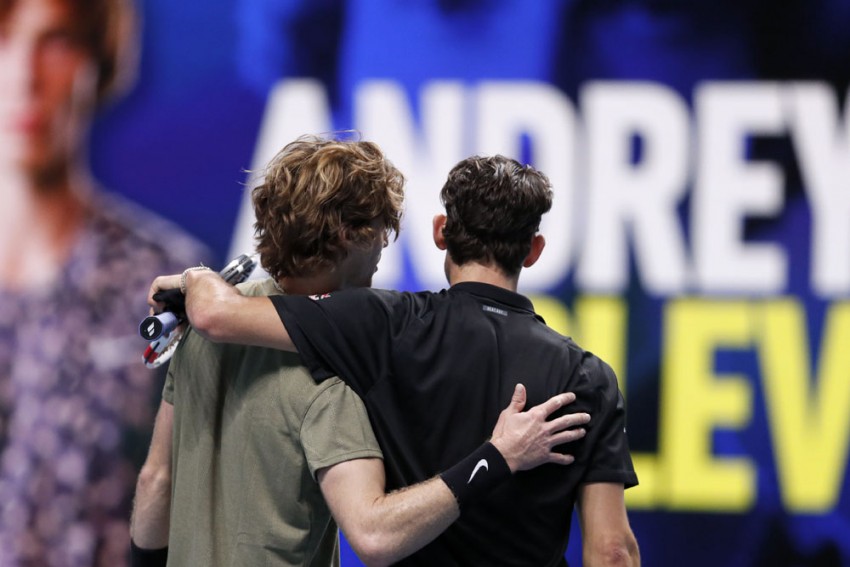 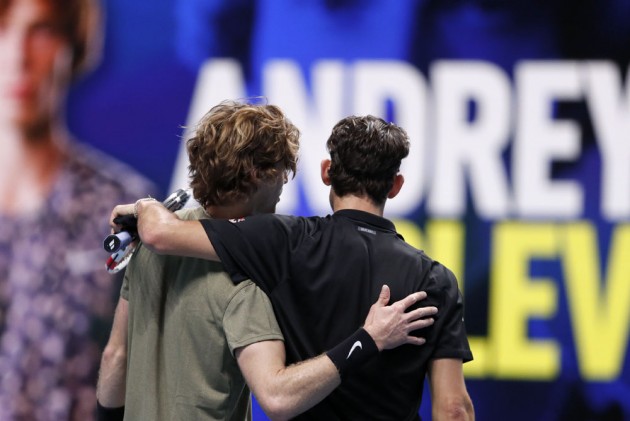 Andrey Rublev signed off from the ATP Finals with a surprise victory over Dominic Thiem in London. (More Tennis News)

The Russian took advantage of an off day for his opponent to score a 6-2 7-5 victory, a fine way to end a year in which he has won a tour-leading five titles.

Thiem was already assured of a semi-final place before Thursday's clash at the O2, while Rublev was certain to go home, having already lost to Rafael Nadal and Stefanos Tsitsipas.

Rather than Thiem completing a clean sweep of his three round-robin matches, however, it was Rublev who began on the front foot and coasted through the opening set.

Rublev had squandered a match point with a double fault against Tsitsipas, and he clearly had a point to prove. Had he taken that opportunity on Tuesday, there would have been considerably more on the line in this contest.

Thiem, one short of 300 career wins, hauled his way back from 4-2 behind to lead 5-4 on serve in the second set, but this was not a match when the US Open winner was at his best.

Rublev had a sniff on the Thiem serve at 5-5, forcing three break points and taking the third of those when the Austrian floated a backhand volley wide.

He sealed victory with an ace, and later said on BBC Two: "I started well from the first return. I don't think Domi started well and I took advantage from the beginning.

"In the end it was not easy for Domi but I think he is now focused on the semis and I wish him the best of luck.