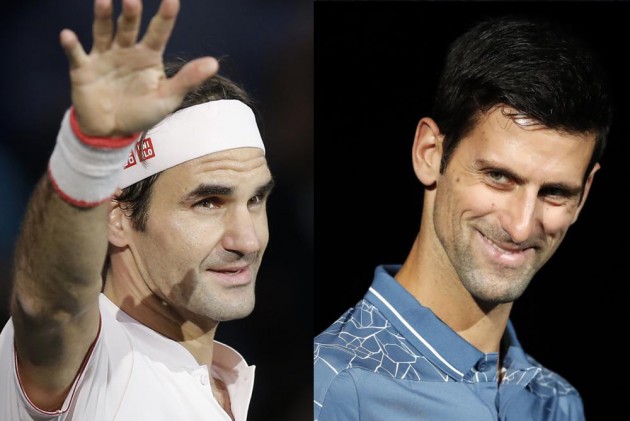 Novak Djokovic and Roger Federer will meet in the group stage of the ATP Finals after being drawn together on Tuesday. (More Tennis News)

The pair have won 36 grand slams between them and triumphed at the season-ending tournament a collective 11 times, with Federer leading that head-to-head tally by one.

Joining the Swiss maestro and Djokovic in Bjorn Borg Group will be Dominic Thiem and Matteo Berrettini.

Nadal had been a doubt for the event after withdrawing ahead of the Paris Masters semi-final with an abdominal injury.

The year-end number-one spot is up for grabs in London, with Nadal in the driving seat but Djokovic – the winner in Paris – ready to pounce.

Nadal has never won the ATP Finals, while Djokovic's last victory came in 2015 and Federer has endured an eight-year drought.

Medvedev, Tsitsipas and Berrettini will each compete in the tournament for the first time, with the action scheduled to start on Sunday.