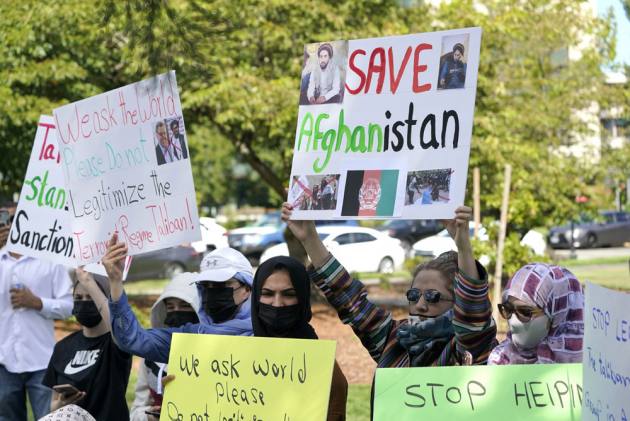 Cricket Australia (CA) on Thursday made it clear that it will not host the Afghanistan men's team next month if women are not allowed to play the game under Taliban rule. (More Cricket News)

CA's statement comes a day after Taliban's cultural commission, Ahmadullah Wasiq, was quoted as saying that it wasn't necessary for women to play cricket.

"Driving the growth of women's cricket globally is incredibly important to Cricket Australia. Our vision for cricket is that it is a sport for all and we support the game unequivocally for women at every level," the CA said.

"If recent media reports that women's cricket will not be supported in Afghanistan are substantiated, Cricket Australia would have no alternative but to not host Afghanistan for the proposed Test Match due to be played in Hobart."

"We thank the Australian and Tasmanian Governments for their support on this important issue," it added.

The one-off Test between Australia and Afghanistan is scheduled to begin on November 27 in Hobart.

"What is happening now in Afghanistan is a human rights issue that transcends the game of cricket.

"And while we would love to see players such as Rashid Khan play against Australia, hosting this Test Match cannot be considered if that same opportunity to play the game is denied to Roya Samim and her team-mates," it said.

Sports Minister Richard Colbeck has called for the International Cricket Council's intervention on the matter.

"Excluding women from sport at any level is unacceptable," Colbeck said in a statement.

"We urge international sport authorities, including the International Cricket Council, to take a stand against this appalling ruling."