After Australia's nine-wicket win over England in the Ashes 2021-22 series opener in Brisbane, a 'proud' Pat Cummins described the feeling of leading the national team to a win. 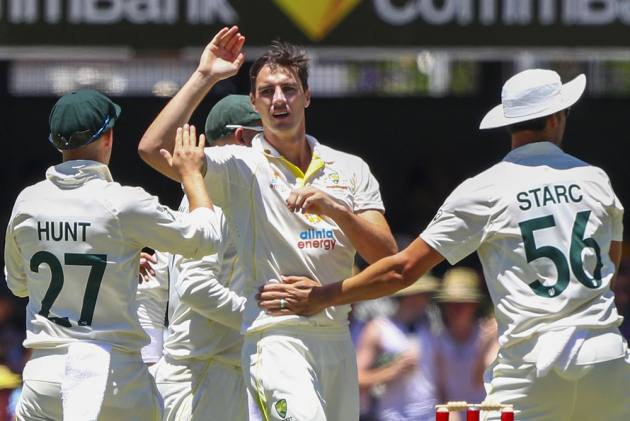 It indeed was a complete performance from Australia. Bowlers took wickets, batters scored runs heavily and fielders took catches. The hosts even enjoyed the rain on Day 1. That's how Pat Cummins summed up his captaincy debut -- a memorable first Ashes Test win against England at The Gabba, Brisbane.

Australia registered a facile nine-wicket win with a day to spare in the series opener. After the match, Cummins thanked his teammates for making it a really enjoyable experience and also hailed the team's "complete performance".

"Really enjoyed it. A lot of things did go right, probably from the toss, overcast conditions, the wicket had a bit in it and to turn up on day 2 - under blue skies, someone's smiling over me," Cummins said.

Cummins lost the toss but as it turned out, it proved to be a blessing in disguise. Mitchell Starc got the wicket of Rory Burns with the very first ball, then Cummins claimed a fifer on his captaincy debut to dismiss England for 147. That's all for Day 1.

Aussie domination continued for the next two days with David Warner, Marnus Labuschagne and Travis Head toying with English bowlers. After taking an innings lead of 278 runs, they dismissed England for 297, despite a fightback from the visitors. Australia then chased down the nominal 20-run target in 5.1 overs just after lunch on Day 4.

"Really proud of everyone. A really complete performance, the bowlers did everything on Day 1 and Marnus-Davey with a big partnership and the way Travis played, it is a sign of a really positive group," the 28-year-old pacer said after the win.

Cummins was installed as the captain of the national Test team after Tim Paine took a sabbatical from the sport following the 'sexting' scandal.