On a busy Day 3 of the fourth Ashes 2021-22 Test match between Australia and England at Sydney Cricket Ground, visiting batters Jonny Bairstow and Ben Stokes stitched a century stand. Here are statistical highlights. 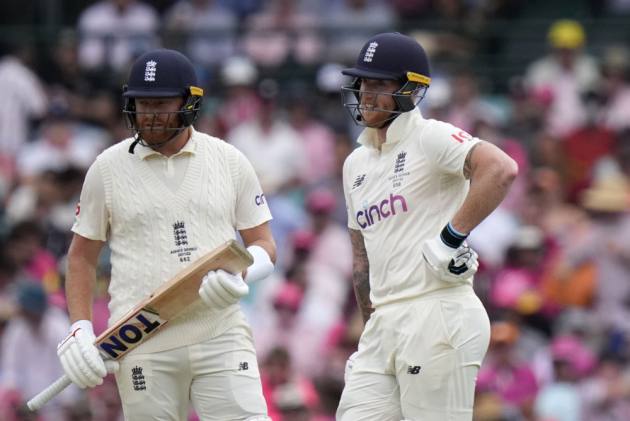 Ben Stokes and Jonny Bairstow put on 128 runs for the fifth wicket in England’s first innings on the third day of the fourth Ashes Test against Australia at Sydney Cricket Ground Friday (January 7).

Ben Stokes and Jonny Bairstow also became England’s 21st pair to make 2000 or more runs in partnerships. The two batters played 45 innings together and scored 2049 runs at an average of 46.56 with four century and nine half-century stands.

The 128-run stand in 29.1 overs between Ben Stokes and Jonny Bairstow is also England’s fourth-longest stand of the series.

** Only five times have England had a century partnership for the 5th wicket in Tests having lost four wickets inside 40 runs. Three of those four involve Ben Stokes.

** Johnny Bairstow’s unbeaten 103 off 140 balls with eight fours and three sixes is England’s first century of the series. Joe Root’s 89 off 165 balls in 246 minutes off 10 balls at Brisbane was the previous highest for England in the series. Australia, on the other hand, made four hundreds so far. It was also Johnny Bairstow's first hundred since November 2018. He made 110 off 186 balls with nine fours and one six against Sri Lanka at Colombo in November 2018. Overall, it is Johnny Bairstow’s seventh hundred in 141 innings of 80 Test matches.

** Equalling Sir Donald Bradman usually takes some extraordinary batting excellence. Unfortunately, Joe Root has equalled Don Bradman for the wrong reasons. Joe Root fell for a duck in England’s first innings. It was Root's fifth Ashes duck as captain, equalling Don
Bradman, and his 7th as captain of England in all Tests, just one shy of Michael Atherton.

** England went 70 balls without scoring and lost three wickets in the process before lunch. It was the fourth-longest scoreless period in Test cricket. The record for a scoreless period in Test cricket was 154 deliveries between Australian Peter Nevill and Steve O'Keefe against Sri Lanka at Pallekele in July 2016. England went 92 balls without scoring, largely against Sonny Ramadhin and Alf Valentine, as they slipped to defeat against West Indies at Lord's in 1950. On the first day of the first Test in Melbourne in 1882-83, Alec Bannerman and Billy Murdoch patted back 22 successive four-ball maidens from Billy Barnes, Dick Barlow and Willie Bates. That's 88 deliveries without a run.