In four innings against England in Ashes 2021-22 series, Marcus Harris has scored just 38 runs and has been dismissed for 3 in the first innings at both the Gabba and Adelaide Oval. His Test total against England is even worse... 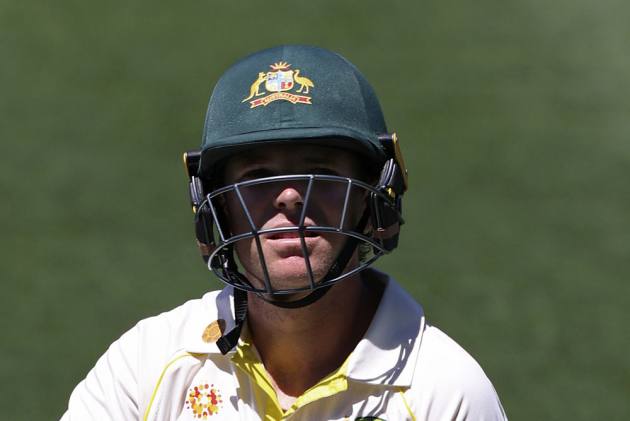 Harris, the beleaguered Australian test opener, has 14 consecutive dismissals without reaching a half-century. His test average of 22.19 is the lowest of all regular Australian openers in 128 years.

In four innings against England in this Ashes series, the 29-year-old Harris has scored just 38 runs and has been dismissed for 3 in the first innings at both the Gabba and Adelaide Oval. His test total against England is even worse, averaging just 10.66 with the bat.

That apparently isn’t enough for Langer to consider replacing Harris as opener with David Warner for the Boxing Day test beginning Sunday at the Melbourne Cricket Ground — despite the fact that Usman Khawaja, who many want to see open in Harris’ place, has two centuries in the five tests he has appeared as an opener, totaling 484 runs at an average of 96.8.

“He’ll play in the test, no worries about that,” Langer told Australian Associated Press on Thursday, referring to Harris. “This is his home ground. He’s played a lot at the MCG. He hasn’t made the runs he’d like to so far, but he dominates domestic cricket. For him and for us we’re hoping he plays well and gets a good partnership with Davey Warner.”

Langer and Harris are close friends from their days together in Western Australia state.

“That’s absolutely one of the most important things in life, knowing people have got your back,” Langer said.

Australia takes a 2-0 lead into the third match and can retain the Ashes with a victory ahead of the fourth and fifth tests in Sydney and Hobart, respectively, in January.

Meanwhile, fast bowler Mitch Starc should be ready for the Melbourne match as captain Pat Cummins returns from his COVID-19-enforced layoff in Adelaide.

Cummins was scratched from the day-night match on the morning of the toss because he was deemed to be a close contact of a person who tested positive and was seated near him in an Adelaide restaurant.

Josh Hazlewood is also in the selection mix after missing the second test with a side muscle injury.

Langer said Starc expects to be ready for the MCG match.

“Mitch Starc was almost man of the match, last game . . . he’s an unbelievable athlete, he’s incredibly fit,” Langer told AAP. “His resilience to just keep coming up over and over and over again is remarkable and his consistency of length, and the way he controlled the tempo of the last game was a credit to him, particularly with Patty and Josh Hazlewood not playing.”

If Hazlewood misses out, the pace attack for Melbourne could be Cummins, Starc and Jhye Richardson, with allrounder Cameron Green and spinner Nathan Lyon completing the bowling attack.

“It’s nice to have this nursery of bowlers, (which) we know can perform in test cricket,” Langer said.