England's Jonny Bairstow and Jos Buttler were unable to take the field on Day 4 after being hit by finger injuries. Visiting all-rounder Ben Stokes, who took up a side strain while bowling looked in discomfort with the bat. 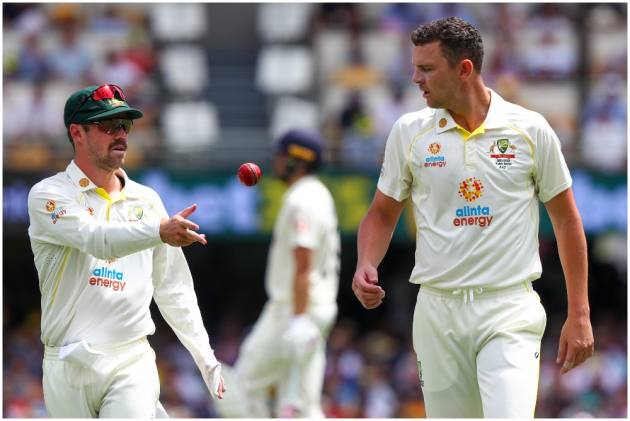 Ollie Pope has been drafted in as wicketkeeper for England after finger injuries to Jos Buttler and Jonny Bairstow meant both were unable to field on Day 4 of the 4th Test. Pope lost his spot in the batting order to Bairstow and wasn’t in the starting XI in the Sydney Cricket Ground Test, but went on as a substitute fielder when England went out to field on Saturday.

Buttler was unable to take the gloves because of a left index finger injury sustained earlier in the match, and backup gloveman Bairstow hurt his thumb while scoring a century in England's first innings. England team management said in a short statement that both Buttler and Bairstow had been sent for medical scans and results will be evaluated at the end of the test match.

Bairstow was hit in the thumb Friday by a Pat Cummins delivery which reared up off the pitch. He received treatment on the ground before resuming his innings, but was visibly in discomfort holding the bat. “It takes quite a bit to get me off the park,” Bairstow said.

“Yes it was sore but in the circumstances of the game it was a decision I made to stay out there. You're out there playing in a New Year's Ashes test match in Sydney in front of a big crowd and it's going to take a lot to take you away from that.”

Bairstow resumed his innings on Saturday and was eventually dismissed for 113. When Australia went out to bat, Craig Overton had replaced Bairstow in England's fielding set up. England have also called limited-overs specialist wicketkeeper Sam Billings into the squad as cover for Bairstow and Buttler ahead of the fifth Ashes test in Hobart.

Billings, who has been playing with Sydney Thunder in Australia's Big Bash tournament, had been scheduled to leave Sydney on Friday night for England's T20 international series against the West Indies later this month. Instead, he’ll join the Test squad after a brief isolation.

Ben Stokes is also a concern for England after sustaining a side strain while bowling in the first innings. He was also visibly in discomfort while batting on his way to making a valuable 66 for England on Friday.

Meanwhile, Australia's team management has confirmed that fast bowler Josh Hazlewood will not be available for the Hobart Test. He will remain in Sydney for rehabilitation on his side strain that has kept the 56-test veteran out of three Test matches.

Scott Boland also caused concern for the Australia team when he needed to be taken for a precautionary scan on his ribs after tumbling in his bowling follow through on Friday.

Australia team management said the 32-year-old paceman, who made a sensational debut in Melbourne to help Australia retain the Ashes, had been "cleared of any damage" and later returned to the match.

Boland picked up two wickets early Saturday to wrap up England's first innings and finish with figures of 4/36, lifting his tally to 11 wickets in his first three Test innings.