One of the finest white-ball batters at the moment, Jos Buttler has averaged only 19.20 in the three Ashes Tests against Australia so far, including a horrendous dismissal in the Boxing Day match in Melbourne. 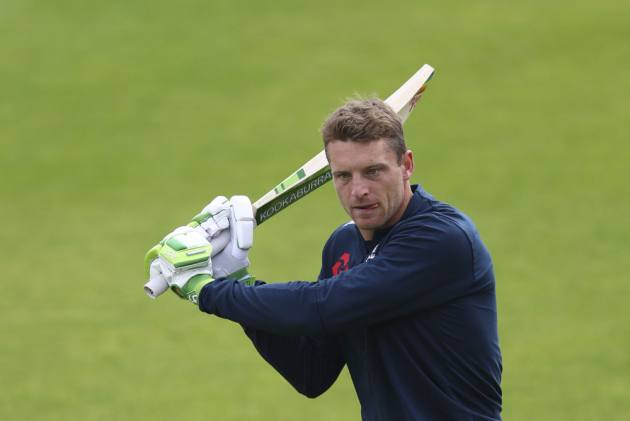 His abysmal showing so far in the Ashes notwithstanding, England's flamboyant batter Jos Buttler has no plans to give up Test cricket and has expressed his disappointment over South African Quinton de Kock's sudden retirement from the five-day game. (More Cricket News)

One of the finest white-ball batters at the moment, Buttler has averaged only 19.20 in the three Ashes Tests against Australia so far, including a horrendous dismissal in the Boxing Day match in Melbourne.

Besides, he has also dropped several catches behind the stumps, including a shocker in Adelaide.

However, ahead of the New Year's Test here from January 5, Buttler has pledged his commitment to all three formats of the game.

"It's certainly my ambition. I don't think I'd have put as much into it as I have done if it wasn't," he was quoted as saying by ESPNcricinfo.

"I have fantastic family support – they're very supportive of me and my career and make a lot of sacrifices for that. That's one thing that gives you a lot of motivation and drive to try to make it all worth it. It's certainly maintained my drive and ambition to try and play.

"At the moment, I feel I've got that support, and I'm in a place where I want to try to make it work. All I'm focusing on at the moment is turning up in Sydney and practicing well."

Asked about de Kock's decision to opt out of Tests at the age of 29, Buttler said he was disappointed with the decision but respected the South African's move.

There are similarities between the two -- both are wicketkeeper-batters, both of them first established themselves as limited-overs stars, and both are relatively young.

"That's (Test retirement) Quinton's own personal situation, but as a fan of cricket and a huge fan of his, I'm disappointed that he's at that stage," said the 31-year-old Buttler.

"I love watching him bat, keep wicket and play Test cricket. The world of cricket will miss him in that format. But I guess I commend him for making a decision that's right for him."

Australia took an unassailable 3-0 series lead with comprehensive victories in Brisbane, Adelaide and Melbourne, but Buttler insisted England have plenty to play for to avoid a 5-0 sweep.