The lowest first innings aggregate at the Melbourne Cricket Ground is 330 between Australia and Pakistan back in 1990. Australia lead the Ashes series 2-0 and a win here will seal the series for them. 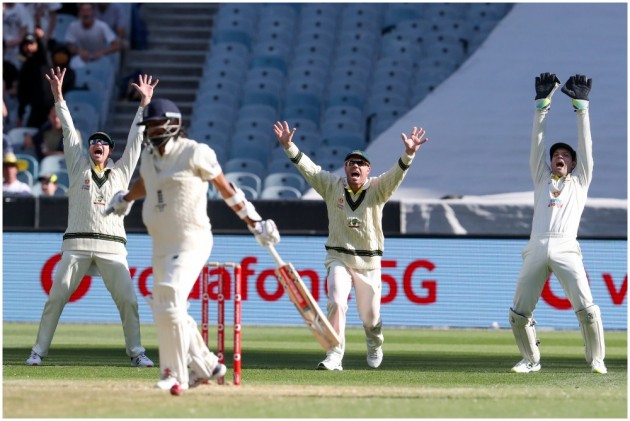 After bowling out England for 185 runs in 65.1 overs on an opening day, Australia made 267 in 87.5 overs in their first innings on the second day of the third Ashes Test at Melbourne Cricket Ground on Monday.

The first innings aggregate in this match, 452 runs is the lowest at an MCG Test since 1990 when it was 330 runs. Australia made 223 runs while Pakistan were bowled out for 107 runs then.

Dawid Malan scored his maiden duck in 15 innings of eight Tests against Australia. Overall, it was his only second duck in 35 innings of 20 Tests. Dawid Malan’s duck was England’s 51st this year. They're four away from breaking their own record for most Test ducks by a team in a calendar year (54 in 1998).

Marcus Harris, who made 76 runs was just three runs shy of equaling his highest Test score when James Anderson had him caught at first slip by Joe Root with an excellent delivery that found the outside edge.

Marcus Harris’ highest score in Test cricket is 79 against India in Sydney in January 2019. It was the third half-century in Tests.

It’s been nearly three years and 17 Test innings since his previous one against India at the Sydney in 2019. Harris batted 269 minutes and faced 189 balls. It was also his longest innings in Tests.

His 76 was invaluable in the context of the match. The highest score by any batter on either side so far on a sporting pitch where only four players have reached 30.

Mark Wood has claimed the crucial wicket of Marnus Labuschagne for just 1. It was the first time Marnus Labuschagne has been dismissed in single figures in an Ashes Test. At 39 years and 150 days old, James Anderson took four wickets for 33 runs in 23 overs, one of his best days out in Australia.

His two spells on either side of lunch yielded figures of 10-7-3-2, including the prized scalp of Steven Smith and the set Marcus Harris, the highest scorer of the match so far.