Playing his first Test since 2019, Australia's Usman Khawaja scored 137 off 260 balls in the fourth Ashes Test against England in Sydney Cricket Ground on Thursday. Stuart Broad took 5/101 for England. 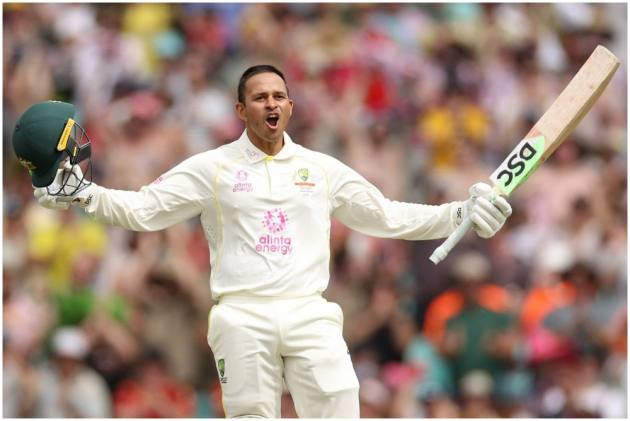 Usman Khawaja's ninth Test century lifted Australia to an imposing 416/8 declared before England’s openers survived a nervous five overs to be 13 without loss at the end of the second day of the fourth Ashes Test in Sydney. (More Cricket News)

Playing his first Test since 2019 and only in the team because of Travis Head’s positive test for COVID-19, Khawaja made the most of the opportunity as he first shared a century partnership with Steve Smith and then anchored Australia’s innings with his 137 from 260 balls after England’s bowlers fought back with the second new ball on Thursday.

“I’ve put a lot of hard work in,” Khawaja said. “A lot of time behind the scenes that people don’t see. You never take anything for granted. never sure I was going to represent Australia again, never mind scoring a hundred. I'm very grateful for another opportunity.”

Stuart Broad took 5/101 and went a long way to vindicating his return to the team after being omitted from the third Test at Melbourne that saw Australia humiliate England and retain the Ashes.

At stumps, Haseeb Hameed and Zak Crawley were both on 2 not out, with the latter surviving being caught off a no-ball from Mitchell Starc as the tourists ended the day 403 runs behind Australia in the first innings.

Earlier, Khawaja completed his century from 201 balls with 11 boundaries in the final over before tea in front of his former home state crowd. He celebrated by holding both arms aloft, raising and pointing his bat toward his team and family members in the historic Members Stand at the Sydney Cricket Ground before embracing his skipper mid-pitch.

Khawaja, who also passed 3,000 Test runs in this innings, was eventually bowled by Broad after close to seven hours at the crease and left to a standing ovation from the near 25,000 crowd at the venue he made his debut 11 years ago.

“It's my home ground here, the people still treat me like a local boy,” Khawaja said. “It was probably the most touching, humbling experience getting that hundred here today. It's stuff you dream of. I’ve broken down a lot of barriers to get to where I've got to now and I think people respect that.”

He had one reprieve, on 30, when he was dropped by Root off Jack Leach's bowling but it was a rare blemish in what was a masterful second century against England at the SCG. England will rue that missed opportunity as the tourists pace bowlers performed well, especially with the second new ball and picked up wickets quickly in the afternoon to pull back into the contest.

Of concern for England, Ben Stokes left the field after the fifth ball of his 14th over just before lunch. The allrounder, who was clutching at his left side as he left the ground, later returned but did not bowl again.

Australia has an unassailable 3-0 lead in the five-match series and has retained the Ashes. But England is still aiming to take something from the tour by winning a Test in Australia for the first time in almost a decade.