Tim Paine's unbeaten 73 helped Australia recover from 79-5 in the first Test against India, who finished day two 62 runs ahead 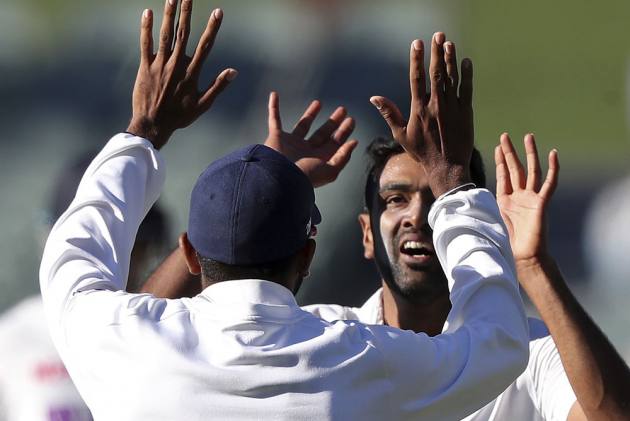 The first Test between Australia and India is delicately poised after 15 wickets fell during an eventful second day at the Adelaide Oval.

India had resumed on 233-6 but their tail did not last too long in the opening session, the final four wickets going down for 11 runs as they were all out for 244.

However, the tourists hit back impressively with the ball, dismissing Australia for 191 despite a battling knock of 73 not out from home captain Tim Paine.

Needing to bat a short period under the floodlights prior to stumps, opener Prithvi Shaw fell to Pat Cummins for four as the tourists ended on 9-1, Mayank Agarwal not out on five with nightwatchman Jasprit Bumrah yet to get off the mark.

With a lead of 62 runs, India holds the upper hand. Still, their advantage should be even greater in the series opener, having seen a number of opportunities go begging in the field.

Virat Kohli's side lost two wickets in as many overs to start proceedings on Friday, Ravichandran Ashwin (15) and Wriddhiman Saha (9) departing early to Pat Cummins and Mitchell Starc respectively.

244 - Australia have dismissed India (244) for fewer than 250 runs in a Test innings at Adelaide Oval for just the fourth time and the first time since January 2012; Australia have won all three previous instances. Exam. pic.twitter.com/QAKV9ZN0zc

The same bowlers claimed a further wicket apiece to wrap up the innings, Starc ending with figures of 4-53 as he equalled Richie Benaud's career tally of 248 for Australia. Cummins, meanwhile, finished with 3-48.

Australia's reply saw new opening pair Joe Burns and Matthew Wade fall cheaply – both to Bumrah – while Steve Smith managed just a single from 29 balls before he was dismissed by Ashwin.

Travis Head and debutant Cameron Green also fell to the spinner to leave the score at 79-5, though India's failure to dismiss Marnus Labuschagne on no less than four occasions allowed the right-hander to make a welcome 47.

Yet it was Paine who caused the most problems for the visiting attack, the wicketkeeper-batsman also dropped as he made the third-highest score of his Test career, hitting 10 boundaries in a 99-ball knock that saw him run out of support in the end.

Starc's run out for 15 did not help the cause - he was short when attempting a risky second - before Nathan Lyon became the fourth wicket for the impressive Ashwin (4-55).

Umesh Yadav (3-40) had Josh Hazlewood caught to wrap up the innings and, while Shaw failed to survive a difficult short session before stumps, India will be pleased with their overall position.