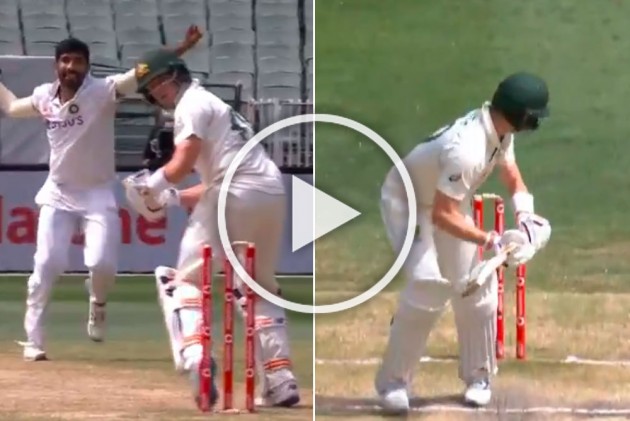 Smith, regarded as one of the greatest ever batsmen, was cleaned up for eight runs in a bizarre manner by Jasprit Bumrah in the 33rd over of the Australian second innings.

The right-handed batsman shuffled and walked across to play the ball to the leg side, but missed it. And initially, both bowler and batsman didn't know that the ball had clipped the bails.

This was Smith's lowest aggregate in a Test match since making 3 (2 & 1) against England at Lord's in 2013. He was dismissed for a duck in the first innings.