Shardul Thakur, who did not play in the first two ODIS, made an instant impact in the final game with a three-wicket haul that included the key wicket of an in-form Steve Smith 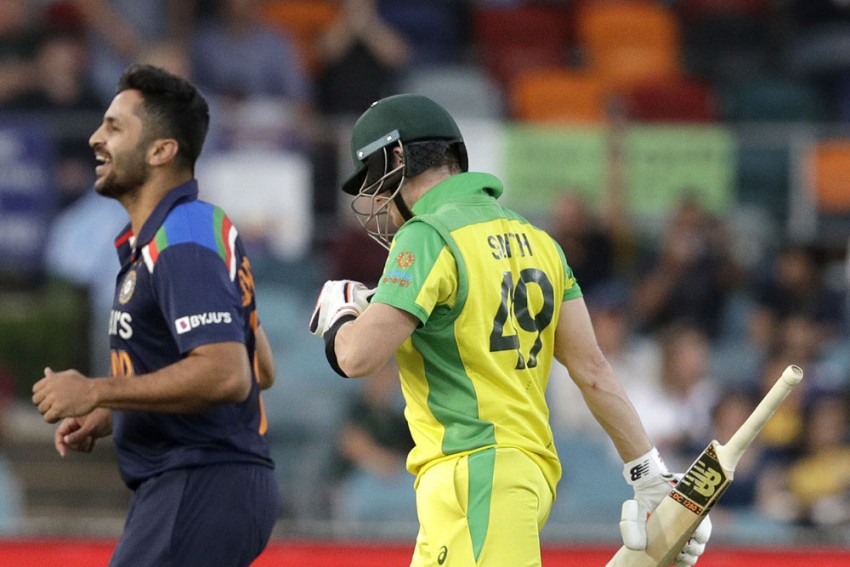 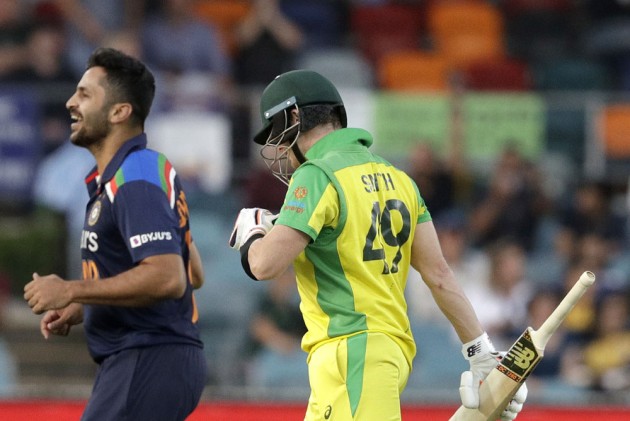 Shardul Thakur, over the past few years has been in and out of the Indian team but the lack of consistent run hasn't dented his determination to do well whenever Virat Kohli hands him the ball.

The 29-year-old, who did not play in the first two ODIS, made an instant impact in the final game with a three-wicket haul that included the key wicket of an in-form Steve Smith.

Asked if he is frustrated for not getting enough chances, the 29-year-old man from Maharashtra's Palghar answered in negative.

"The selection is not in my hands. It is important is that I try to win games for India whenever I play. That is my mindset," Thakur said at the post-match press conference after India's 13-run win.

"I play to win. I don't think that I am getting just one match or I am playing as a replacement of an injured player. Once you are on ground, all players just focus on wining matches," Thakur, who has played only 12 ODIs in more than three years, added.

India will now lock horns with the hosts in the Twenty20 series but Thakur is not part of the squad and is not ready to lose sleep over it.

"The team was selected long back. I was not part of the T20 squad, so I was not thinking about it."

For the world, it is a 1-2 series defeat but Thakur said that the team thinks that they are playing a six-match white ball series.

"We are looking it as a six-match series instead of three match ODIs. From now on, we can exploit the conditions as boys are getting used to it (conditions)."

"Everyone wants to win. The plan was to bowl on stumps. He is their top player, getting him early was huge... "

Thakur said his aim was to bowl straight and not allow Australian batsmen to play horizontal bat shots.

"Important was to bowl our lengths consistently. The Australian have played a lot of cut and pull shots.

"I just tried to keep them off those shots and made them play straighter and it worked for me."

The difference in this game was using more variations.

"The grounds are big. So you have to be smart enough to execute your plan, where you want batsman to play their shots.

"The wickets were good to bat so more important for bowlers to use variations smartly, execute the plan ball-by-ball. That was the key," he said.

"To be honest, David Warner was not playing. It was a good opportunity for us to put them on the back foot and try to win this game, take advantage of the situation.

"There are three upcoming T20 games and hopefully the Indian team can carry this momentum into the Twenty20 series."

Asked since there are many T20 games before T20 World Cups, is it difficult for pacers to adjust in 50-over format, Thakur said execution was key.

"Different sort of cricket is played in 50 overs. Game starts fast, slows down in the middle, then batsmen try to play attacking shots.

"So game goes up and down but both are white ball format, as a bowler, executing plan in any format is key, whether you pay bilateral or a World Cup, it does not matter."

Thakur was all praise for T Natarajan who made his debut on Wednesday. He was taken to cleaners in the beginning but made a strong comeback.

"He has done well in IPL, executed a lot of yorkers. He came back well that shows he has got a big character. We need players like him. In white ball (format) you are going to get hit.

"What is important is you come back, develop the confidence and take it from there."