Home  »  Website  »  Sports  »  AUS Vs IND, 3rd Test: Australia In Command Thanks To Pat Cummins And Fielding Brilliance Against India

AUS Vs IND, 3rd Test: Australia In Command Thanks To Pat Cummins And Fielding Brilliance Against India

Pat Cummins (4-29) and a brilliant fielding display saw India dismissed for 244, in response to Australia reached 103-2 at stumps 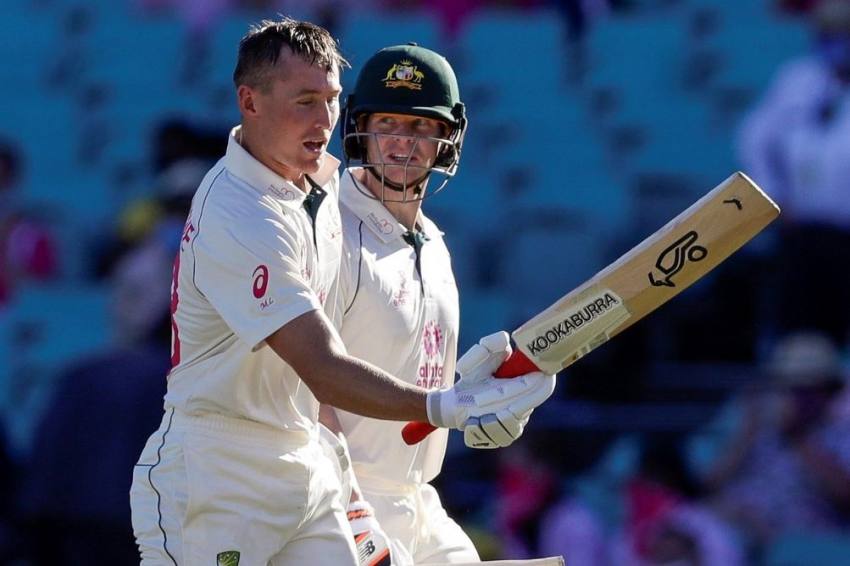 Australia's not out batsmen Marnus Labuschagne and Steve Smith walk from the field at the close of play on Day Three of the third Test at the Sydney Cricket Ground, Australia on Saturday.
AP Photo/Rick Rycroft
Omnisport 2021-01-09T13:27:24+05:30 AUS Vs IND, 3rd Test: Australia In Command Thanks To Pat Cummins And Fielding Brilliance Against India 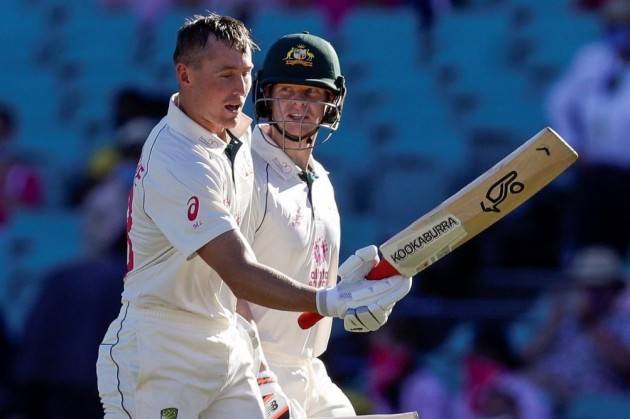 Australia are well-placed in the third Test against India after a strong day three in Sydney on Saturday. Scorecard | News | Highlights

After Pat Cummins (4-29) and a brilliant fielding display saw India dismissed for 244 in response to Australia's first-innings 338, the hosts reached 103-2 at stumps – a lead of 197 runs.

Cheteshwar Pujara (50) led India's batting effort, but they lost 49-6 to finish their innings as the SCG pitch began to show signs of uneven bounce.

Marnus Labuschagne (47) and Steve Smith (29), who led Australia's first-innings batting effort, were unbeaten at stumps as the hosts put themselves in position to take a 2-1 series lead.

It came after some wonderful fielding and a fine bowling display by Cummins reduced India.

Cummins had Ajinkya Rahane (22) playing on for the first breakthrough of day three before Josh Hazlewood (2-43) stepped up in the field.

The Australia paceman moved to his right at mid-off before quickly unleashing a throw while diving to run out Hanuma Vihari (4).

Pant responded for India but he struggled after a blow to his elbow and was caught at first slip by David Warner off Hazlewood.

Cummins had the dangerous Pujara caught behind, while Ravichandran Ashwin (10) was run out and Labuschagne produced a wonderful direct hit to also run out Jasprit Bumrah (0).

Jadeja (28 not out) played some nice shots and India were boosted by a couple of quick wickets to begin Australia's innings.

Mohammed Siraj (1-20) had Will Pucovski (10) caught behind and Warner (13) was trapped lbw by Ashwin (1-28), but Smith and Labuschagne steadied the innings to ensure Australia stayed in control.

AUS Vs IND: India Reach 180 For 4 At lunch, Cheteshwar Pujara Crawls As Rishabh Pant Races To 29