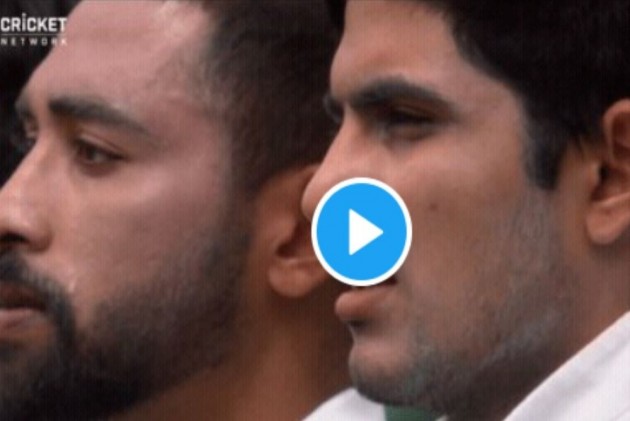 India pacer Mohammed Siraj was reduced to tears while singing the Indian national anthem at the start of the India-Australia third Test match in Sydney on Thursday. SCORECARD | NEWS | HIGHLIGHTS

Siraj, 26, is playing his second Test match. He provided India the first breakthrough by snaring the wicket of David Warner. Siraj finished the day with the figures of 14-3-46-1.

Siraj lost his father during the present tour of Australia. But the pacer decided to stay back in Australia, with the team, so as to fulfill his  father’s dream. Siraj's chance came when he replaced an injured Mohammed Shami in the team and made a successful debut in Melbourne. The fast bowler took 2/40 and 3/37 in India’s comprehensive win.

On Thursday, batting first Australia finished on 166/2 at stumps with Marnus Labuschagne (67 not out), Will Pucovski (62) and Steve Smith (unbeaten 31) capitalising on good batting conditions.