At the break, the visitors trailed Australia's first-innings total of 369 by 208 runs with Mayank Agarwal (38) and Rishabh Pant (4) batting in the middle 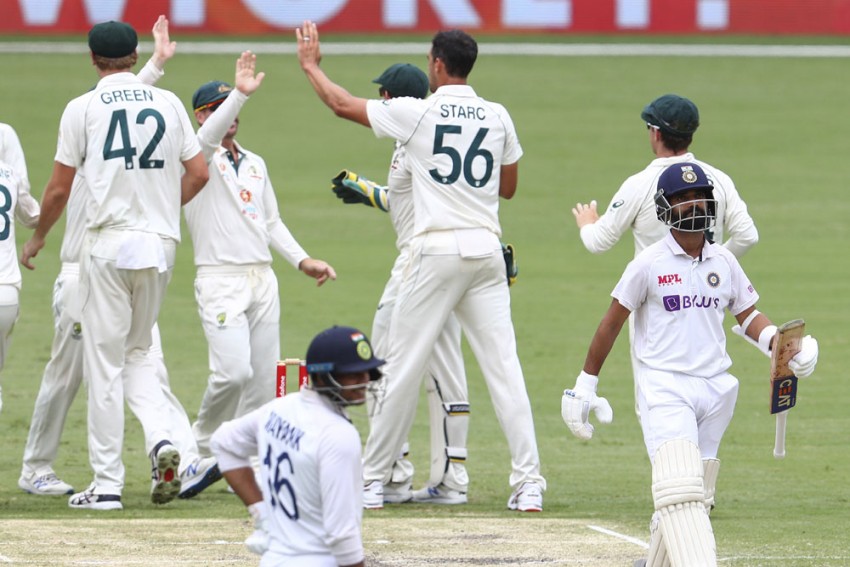 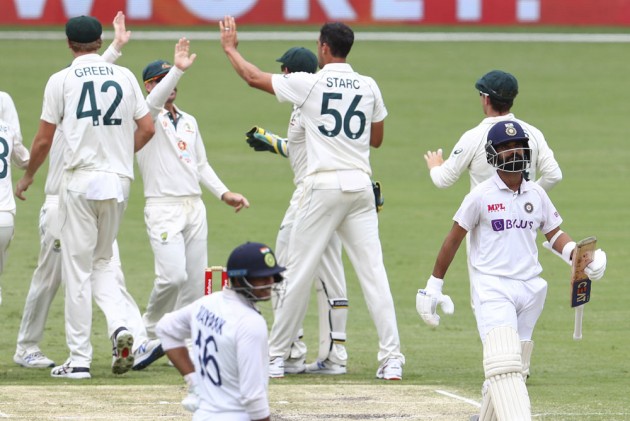 India lost the big wicket of skipper Ajinkya Rahane to a poor shot just before lunch as they reached 161 for four on the third day of the series-deciding the fourth Test against Australia in Brisbane on Sunday.

At the break, the visitors trailed Australia's first-innings total of 369 by 208 runs with Mayank Agarwal (38) and Rishabh Pant (4) batting in the middle.

This was after Mitchell Starc induced a thick edge off Rahane for Matthew Wade to complete a comfortable catch in the slip cordon after the India captain had got away with similar shots twice in the first hour of play.

The visitors started with their overnight pair of Rahane (37) and Cheteshwar Pujara (25) adding 43 runs before the latter fell to a near unplayable delivery by Josh Hazlewood in only his second over of the day.

Until Pujara's dismissal, the experienced duo raised hopes of a big partnership by negotiating the formidable Australian bowling attack in the first one hour of play.

Pujara was his usual solid self while Rahane was a bit more adventurous and lucky as the ball flew past the gap between gully and third slip for boundaries on two occasions.

Before getting out, Pujara square cut Mitchell Starc for a boundary and also collected four runs with a back-foot square drive through deep point.

Introduced into the attack after 11 overs had been bowled in the day, Nathan Lyon saw Pujara straightaway dancing down the pitch and then running three, which gave Rahane the strike and he rocked on to the back-foot and played the cut shot against the off-spinner for a four through point.

Rahane beautifully punched Pat Cummins for three runs before Australia had their first breakthrough of the day.

Bowling in the channel just outside the off-stump, Hazlewood got one to straighten a bit after angling it in. Pujara had no answer as the ball took an edge through to captain Tim Paine behind the stumps.

Returning to the side after sitting out the third Test, Agarwal showed intent as he looked to keep the scoreboard ticking in the company of his captain, who seemed determined to convert his start into a big one.

Batting at number five instead of the opening slot, Agarwal's first boundary was a fortuitous one as a thick edge off Cummins flew between second slip and gully. His second boundary was much better as Agarwal glanced Starc down the leg side.

More convincing was Agarwal's six over long-on off Nathan Lyon but the best was the classic straight drive he played against Starc.

But the Australians celebrated soon as they sent back Rahane, paving the way for Pant's arrival.

SL Vs ENG: Moeen Ali Back In England Bubble In Sri Lanka After Clearing COVID Test