For an attack as thin on experience as India, the effort in adverse times can only be commended. India lost five main bowlers through the three Test matches 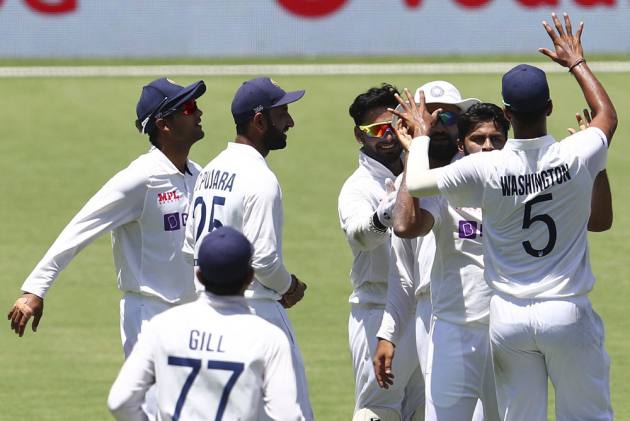 India's rookie bowling line-up put up a lion-hearted effort to bowl out Australia for 369, effecting a mini lower-middle-order collapse on the second day of the fourth Test at The Gabba, Brisbane on Saturday.

Shardul Thakur (3/94) along with debutants Washington Sundar (3/89) and Thangarasu Natarajan (3/78) got the breakthroughs during the morning session to knock over five wickets for 95 runs.

For an attack as thin on experience as India, the effort in adverse times can only be commended. India lost five main bowlers through the three Test matches and were forced to hand Test debuts to Natarajan and Sundar.

Pat Cummins (2) was adjudged leg before as he yorked himself to a fuller delivery from Thakur as Australia slumped from 311 for five to 315 for eight.

However, Starc and Lyon, playing his 100th Test match, started throwing their bats and Thakur, getting a touch greedy started bowling short which wasn't as ineffective as it would be for bowlers with pace above 140 clicks.

It was Sundar, who bowled Lyon round his legs to get his third scalp and Natarajan finished it off by knocking Josh Hazlewood's off-stump.