Australia moved to 40 points in the ICC Cricket World Cup Super League, overtaking England. India logged their first points by winning the third and final ODI and are placed sixth with nine points 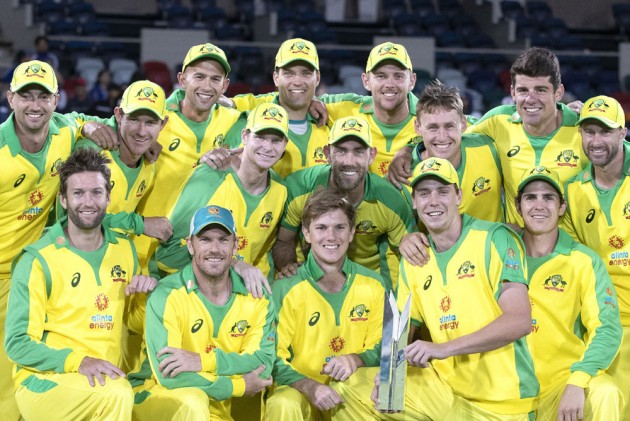 Australia on Wednesday jumped to the top of the ICC World Cup Super ODI League points table following their 2-1 series victory over India, who are placed sixth.

With the series win, Australia moved to 40 points, overtaking England who are now placed second.

On the other hand, India logged their first points of the tournament by winning the third and final ODI and are placed sixth with nine points.

The Aaron Finch-led Australia were clinical in their approach with stellar performances in all departments, defeating Virat Kohli and his men in the first two games of the series.

In the third ODI at Canberra, debutant T Natarajan from India dismissed Marnus Labuschagne to pick up his maiden international wicket after half-centuries from Kohli, and all-rounder Hardik Pandya (92 not out) and Ravindra Jadeja (66 not out).

Australia had defeated England 2-1 in their previous series of the 13-team championship, which was introduced this year to bring context to ODI cricket and also to decide the seven direct qualifiers for the ICC Men’s Cricket World Cup 2023.

India, though assured of a berth as hosts, were to use the opportunity for long-term preparation.

Reigning World Cup winners England, who have 30 points, had defeated Ireland 2-1 in the opening series of the championship before losing by the same margin to five-time world champions Australia.

Pakistan are also on 20 points after a 2-1 series win over Zimbabwe, who secured 10 points for their Super Over win in the final ODI played in Rawalpindi.