It all started after a fan tweeted a video of cricketers Rohit Sharma, Rishabh Pant, Navdeep Saini and Shubman Gill having a meal at a restaurant 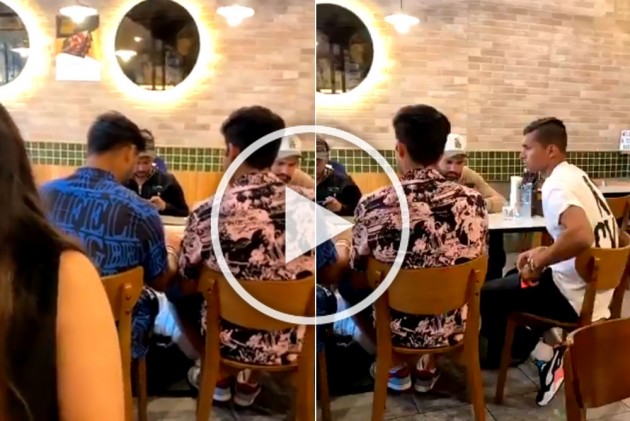 The BCCI on Saturday rubbished reports that it was investigating a violation of COVID-19 protocols by some Indian cricketers who ate out at a restaurant in Melbourne, terming them "a malicious spin by a section of Australian media".

A senior Indian cricket board official told PTI that the visiting contingent is "well aware" of the COVID-19 protocols and had not violated any of them.

"No, there has been no breach in bio-security protocols. Everyone associated with the Indian team is well aware of the protocols," the official said on conditions of anonymity.

It all started after a fan, identified as Navaldeep Singh, tweeted pictures and videos of cricketers Rohit Sharma, Rishabh Pant, Navdeep Saini and Shubman Gill having a meal at a restaurant.

The fan, who claimed that he was seated close to the players at the restaurant, later apologised for creating confusion by claiming that he had been hugged by Pant after he paid for the players' meal.

As per protocols, players are allowed to eat out provided they take necessary precautions.

"We can only term it as a malicious spin by a section of Australian media and this has started after their humiliating defeat," he added.

India crushed Australia by eight wickets in the second Test in Melbourne, making an incredible comeback days after the debacle in the four-match series opener in Adelaide.

The 'Sydney Morning Herald', in a report that was not backed up by any statements from either the BCCI, Cricket Australia or the Indian team management, reported that the restaurant visit was a breach of bio-bubble protocol.

"The Australian media at times acts as an extension of their cricket team," the BCCI official said.

The bio-security bubbles have been put in place to ensure the players are not affected by the pandemic that has gripped the world for months now, with parts of Australia reporting fresh outbreaks in recent times.

This had also put the future of the third Test in Sydney in doubt before CA clarified that it would not be shifted to Melbourne.

The match will begin on January 7 and the two teams will arrive in Sydney a couple of days before the scheduled start.