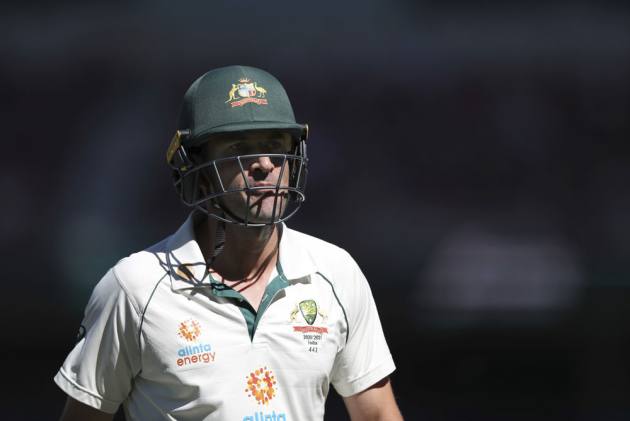 If opener Joe Burns' views are any indication, another onerous task awaits an embattled Indian team, as Australia are entering the second Test believing that a favourable result for them in Melbourne could "decide the fate" of the four-match series.

Trailing 0-1 in the series after the batting debacle in Adelaide and with Virat Kohli going back to India for the birth of his first child, India will be led by Ajinkya Rahane in the remainder of the of the series.

"We have got some scars as well, we just have to prepare well, start well and carry on the momentum from the last game," Burns said during a virtual press conference on Monday.

"We know that Indians are going to bounce back in the next Test, which is going to play a crucial role in (deciding the) fate of the series."

The absence of Kohli and Mohammed Shami will be "big losses" but Burns is expecting a strong comeback by the visitors.

"I think Shami and Virat are obviously big losses for India. In saying that the Indian team does have very good depth as well. So, they are still going to be very challenging," Burns said.

"It is always hard to replace world class players like that, but when we look (at the guys) that they got to come in, we are going to prepare well for the next game. We know that Indians are going to bounce back strongly," the opener added.

Shami was ruled out of the remainder of the Test series after a nasty blow on his hand led to a wrist fracture.

Woefully out of form in the run-up to the series opener, Burns got his mojo back with a half-century in his team's second innings at Adelaide Oval.

Burns said that a pull shot he played off pacer Umesh Yadav changed the momentum for him.

"It is funny how in this game how often one shot can get you everything that you are searching for as batters. Probably, the first pull shot I hit off Umesh Yadav, I was on four and felt amazing," said the opener, who has 1438 Test runs.

The 31-year-old top-scored in Australia's second innings and he said it felt nice to be back among the runs.

"It is obviously nice to make some runs myself again. In the lead up to the game I was short of few runs but more than anything it just was nice get back the rhythm.

"I felt fantastic out there and looked to get the job done, (it was) an amazing day for Australian cricket to back up their bowlers and finish the job really quickly."

Pacers Josh Hazlewood (5-8) and Pat Cummins (4-21) demolished India with the pink ball as the hosts won by eight wickets to take a 1-0 lead in the four Test series.

"We are the best team in the world, very confident against everyone in every venue. Our bowlers are unbelievable, so I think they bowled well in the first innings and didn't get the rewards; in the second innings, they (Indians) just nicked everything.

"Our bowlers have done for a long time, so we know that game in and game out they are going to be doing that, putting pressure on the opposition, it is a great luxury that our team has," he added.

Young Indian opener Prithvi Shaw is struggling for runs but Burns refused to give him any advice, saying he was playing against him.

"I would not give him any advice, I am playing against him... I don't know actually what form he has been in. I haven't been following him on how he is going.

"He is obviously a quality player to be playing for India, opening the batting is very challenging, but I might give some advice at the end of the series and not now," Burns added.

Burns took a blow on his elbow off a Jasprit Bumrah delivery in Adelaide but the opener has been cleared for MCG after scans.

The batsman has his sights set on the remaining three Tests, saying his goal was to get match-winning hundreds.

"We have got three more Test matches to go, it is going to be very tough and my job and my goal is to go and get big match-winning hundreds in those games," he signed off.

The series is being broadcast live on Sony Ten 1, Sony Ten 3 and Sony Six channels.