With the fourth Test heading for a draw amid wet weather at the Gabba, India look set to retain the Border-Gavaskar trophy 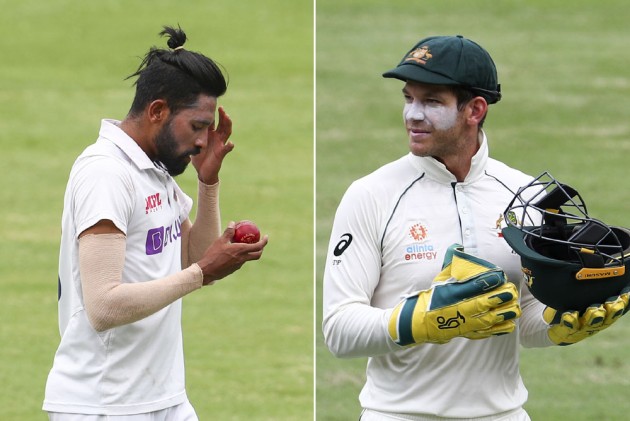 Australia face a race against time to win the fourth Test and reclaim the Border-Gavaskar trophy from India after rain wreaked havoc on day four in Brisbane.

Tim Paine's Australia batted for most of Monday and set India 328 for victory in the series decider after the hosts were bowled out for 294 midway through an extended final session.

India were 4-0 when the covers were brought out at 16:35 local time and stayed on at the Gabba, where the tourists require 324 more runs to win but only need a draw to retain the Border-Gavaskar crown, with the series deadlocked.

Australia resumed on 21-0 before Mohammed Siraj – who claimed his maiden five-for – spearheaded a chaotic collapse after the home team lost 34-4 in the morning session.

After dropping Steve Smith on 42 and Cameron Green on 14, Siraj held his nerve to claim the prized scalp of the former Australia skipper for 55.

After umpires brought the tea break forward due to wet weather, Australia's tail tried to add to the total – Pat Cummins' unbeaten 28 and a quick-fire 13 from spinner Nathan Lyon aiding their cause.

India pair Rohit Sharma (4 not out) and Shubman Gill (0) will return to the crease as the thrilling series heads for a draw.

It was a day to remember for Siraj, who broke through for his first five-wicket haul in Test cricket.

After making his Test debut on Boxing Day in Melbourne, the 26-year-old has made an immediate impact for the touring side.

All eyes on Paine

Has Paine given Australia enough time to win and reclaim the Border-Gavaskar trophy? With wet weather in Brisbane, his decision to bat for much of the penultimate day before being bowled out has raised questions.

More rain is forecast for Tuesday.