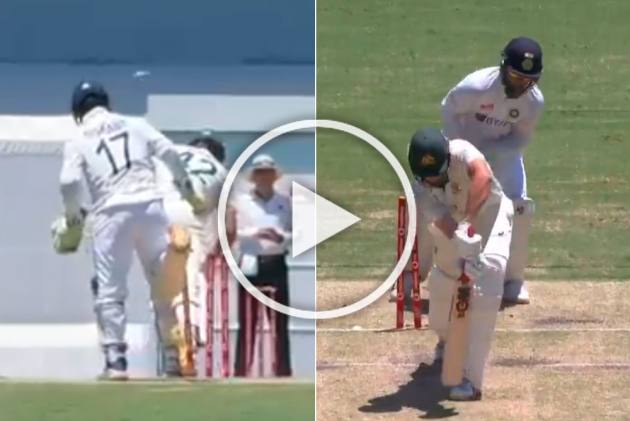 Debutant Washington Sundar took three wickets as India dismissed Australia for 369 in their first innings of the fourth and final Test at The Gabba, Brisbane.

One of the wickets, that of Cameron Green, was a result of a virtually unplayable delivery. Green played with a straight bat to defend the fifth ball of the 101st over, but the ball still ended up hitting the stumps.

Oh my goodness! Did that one go the other way? @hcltech | #AUSvIND pic.twitter.com/H8khO6TjK3

Sundar's other wickets are Steven Smith and Nathan Lyon.