AUS Vs IND, Day 2: India Fight Back Against Australia Despite Steve Smith Century In Third Test 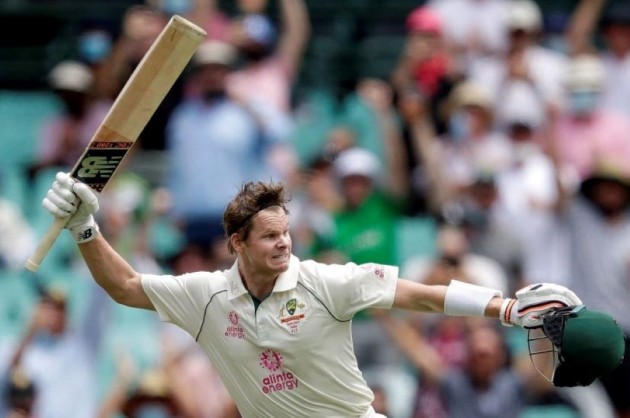 Steve Smith returned to form with a century, but India fought back against Australia on day two of the third Test in Sydney. Scorecard | Highlights | News

Smith scored his 27th Test ton as Australia posted 338 in their first innings at the SCG on Friday.

After resuming at 166-2, the hosts looked in position to put together a score of over 400, but aside from Smith (131) and Marnus Labuschagne (91), to go with Will Pucovski's debut half-century, their batting line-up largely struggled.

Ravindra Jadeja (4-62) did most of the damage for India, although they were unable to contain Smith.

The 31-year-old, who scored just 10 runs in the opening two Tests, looked back to his best, his latest Test century moving him level with Allan Border for the sixth most for Australia.

His eighth century against India also equalled the record for the most against the nation.

Shubman Gill (50) led India's response as they reached 96-2 at stumps, trailing by 242 runs, with Ajinkya Rahane (5) – who survived a late lbw review off Nathan Lyon (0-35) – and Cheteshwar Pujara (9) unbeaten heading into day three.

Josh Hazlewood (1-23) took a sharp return chance on his 30th birthday to remove Rohit Sharma (26) and Cameron Green took a good catch off Pat Cummins (1-19) as Gill departed, but India – coming off a win in Melbourne that levelled the series at 1-1 – looked otherwise comfortable.

Sharp work from Cam Green to hold on and remove the dangerous Gill! #OhWhatAFeeling#AUSvIND | @Toyota_Aus pic.twitter.com/8n43huKZJC

Australia had appeared similarly at ease, but they lost 132-8 to finish their innings.

While Smith and Labuschagne's 100-run partnership was broken by a good catch by Rahane, Matthew Wade (13) played a loose shot before Jasprit Bumrah (2-66) made the most of the second new ball to remove Green (0) and Tim Paine (1).

Some late hitting from Mitchell Starc (24) boosted Australia as Smith accelerated before a brilliant piece of fielding by Jadeja ended the innings.