After Sachin Tendulkar, Harper also reckoned the concept is flawed and urged the ICC to thoroughly revisit it 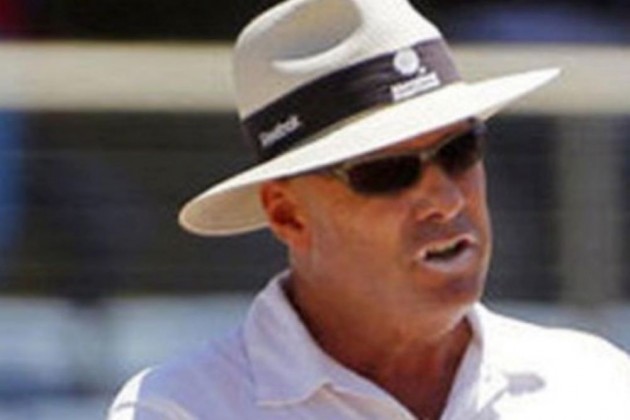 Former ICC elite panel umpire Daryl Harper has suggested a ban on the contentious Umpires' Call in the Decision Review System (DRS), saying that after over a decade there are still "deficiencies in either the communication or the understanding" of the concept.  Tour Schedule | Photo Gallery | News

The Umpires' Call primarily comes into the picture if a review has been sought for LBW. In a situation where the umpire has ruled not out, even if the ball is shown to be hitting the stumps on review, the TV umpire has no powers to change the decision.

The only consolation for the bowling team is that its review remains intact.

"I've had enough of umpire's call. Let's just ban umpire's call. Get rid of the controversy and just go with it. Any contact with ball on stump will dislodge a bail. No 48 per cent, 49 per cent," Harper was quoted as saying by 'Sydney Morning Herald'.

Harper reckoned the concept is flawed and urged the ICC to thoroughly revisit it.

"So there needs to be some serious work done from the ICC's end. Because we shouldn't be talking about umpiring decisions."

The Umpires' Call has been a subject of widespread debate since a few contentious calls in the recently-concluded Boxing Day Test between India and Australia in Melbourne.

Australia skipper Tim Paine was given out, caught behind off Ravindra Jadeja on the third day. He was ruled out after the on-field call by Paul Reiffel was overturned by third umpire Paul Wilson. The wicketkeeper-batsman didn't hide his disappointment over the decision while leaving the field.

"If there'd been another picture in between the two we were looking at, I think we probably could have ruled him out. So the technology after 12 years of this, it still isn't up to scratch," he added.

In the same match, Australian batsmen Joe Burns and Marnus Labuschagne were lucky to survive LBW appeals despite replays showing that the ball would have gone on to clip the bails, prompting the legendary Sachin Tendulkar to raise doubts about the concept.

"I am not convinced with the DRS rule at all. Once you have gone upstairs to the third umpire then the on-field umpire's decision should not come into the picture at all," Tendulkar had said.

"It doesn't matter whether the ball is hitting 10 per cent or 15 per cent or 70 per cent because when you get bowled, none of this matters. I understand that the tracking system is not 100 per cent accurate but can you name one umpire who has never made a mistake?"

He said it was unfair on the bowlers.

"Even if the ball is just clipping the bail and the umpire has given not out, that decision should be overturned when they have referred to the third umpire. It (umpire's call) is too confusing and somewhere it is unfair to bowlers also."