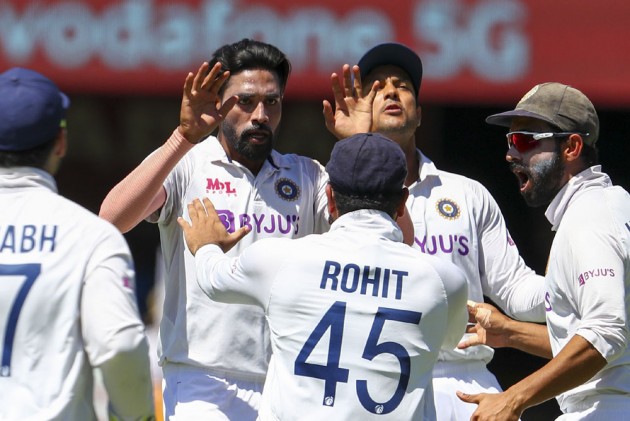 An injury-ravaged India were forced to make as many as four changes as they take on Australia in the winners' take all fourth and final Test match of the Border-Gavaskar Trophy Series at The Gabba, Brisbane starting Friday. And skipper Ajinya Rahane made a clarion
call, saying they just want to start well.

India fielded an inexperienced bowling attack with two-Test old Mohammed Siraj leading the charge. He has the support of Navdeep Saini, who made his debut in the last match, Shardul Thakur and the two debutants -- Thangarasu Natarajan and Washington Sundar.

Announcing the team at the toss, Rahane said: "We had to make forced changes, but it's an opportunity for others. Looking forward to start well. Just want them [the debutants] to enjoy the game."

The series is tied 1-1 after the draw at the Sydney Cricket Ground. Australia won the series opener at the Adelaide Oval, then India hit back to take the honours at the Melbourne Cricket Ground. India are eyeing an unprecedented back-to-back Test series in Australia.

"This is a big rivalry for us. We don't want to think too far ahead, just want to start well," Rahane added.

And Indian bowlers responded to the captain's call by taking the wickets of both the openers early. Siraj had David Warner caught at first slip by Rohit Sharma off the fifth ball of the first Test, then Shardul Thakur removed Marcus Harris in the ninth over.

Aussie captain Paine said that The Gabba track is "a bit dry and you can see a few cracks already, but should be a good pitch to bat for the first two days."

They made one change, bringing in Marcus Harris for unfit Will Pucovski.