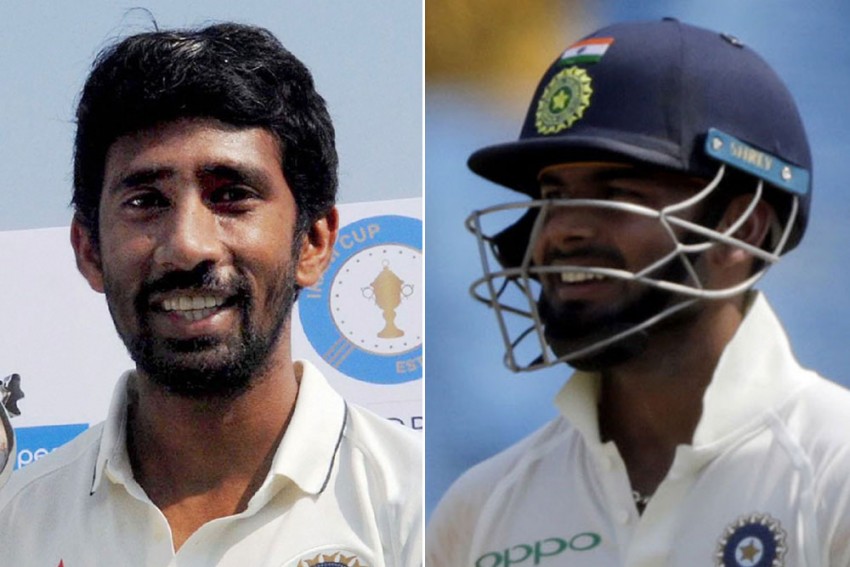 The Indian team management has made players "insecure" and the decision to rotate between Wriddhiman Saha and Rishabh Pant has been "unfair" on both the wicketkeepers, feels former opener Gautam Gambhir. Preview | Tour Schedule | News | Photo Gallery

Saha was on Friday dropped from the Boxing Day Test due to his poor batting form in the opening game and Gambhir asked whether the team's think-tank will do the same with Pant if he fails in the next two games.

"It's unfortunate and Wriddhiman Saha has played just one Test match in this series and he hasn't done well and gets dropped.

"Imagine what happens to Pant if he doesn't do well in this Test or the third Test. What do you do then? Would you go back to Wriddhiman Saha," Gambhir questioned on YouTube channel 'Sports Today'.

For Gambhir, it's not lip-service but actions that makes players secure, something that this current regime has failed, according to him.

"That's why this team looks so unsettled because no one is secured. Professional sport is all about security. Everyone has talent when they are representing the country," Gambhir, known for his frank opinion, said.

"All they want is security and that assurance that we are there to back you, not just by words but by action."

No one apart from India rotates wicketkeeper based on conditions, said Gambhir.

"Actually, it's been unfair on Rishabh Pant and Wriddhiman Saha both over a long period of time when they have picked and chosen players on conditions. You don't do that with wicketkeepers. You do that with bowlers," he fumed.

Gambhir rubbished this one keeper for home and one for away theory.

"I have never believed in this theory of rotation policy that Wriddhiman Saha is only good for sub-continent and Rishabh Pant is better overseas because that's not how good teams go into.

"If you are good in Indian conditions, you got to deliver in overseas conditions as well. Whether he does that or not is irrelevant."