AUS Vs IND: Hope Will Pucovski Gets Fit In Time For First Test - Pat Cummins

Will Pucovski, who was considered a sure-shot selection for the series-opener, was hit on the helmet by pacer Kartik Tyagi. It is the ninth time that he has suffered from a concussion injury 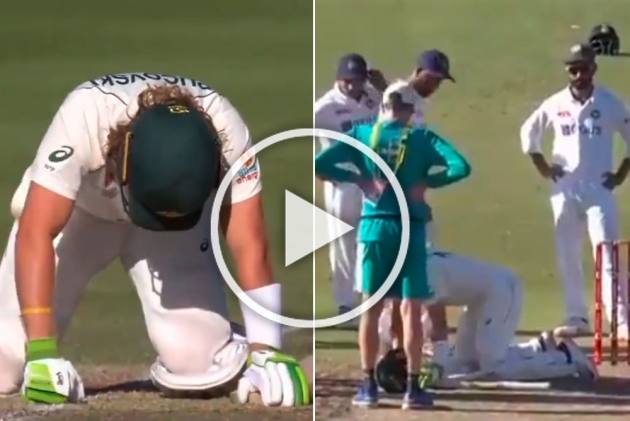 Australia vice-captain Pat Cummins is hopeful that rookie opener Will Pucovski will recover from concussion injury well in time ahead of the first Test starting at Adelaide Oval from December 17.

Will Pucovski, who was considered a sure-shot selection for the series-opener, was hit on the helmet by pacer Kartik Tyagi on Tuesday during the first warm-up game between Australia A and India A and was subsequently ruled out of the second tour game starting December 11.

It is the ninth time that Pucovski has suffered from concussion injury.

Nasty blow on the helmet for Will Pucovski who is forced to retire hurt ðÂÂ¤ÂÂ Latest @7NewsAdelaide 6pm #7NEWS pic.twitter.com/QY4u7tBSe3

He had been hit on his head off the cricket field too, which included a knock on the door in his home in Melbourne and another time he suffered while playing Australian rules football as a teenager.

"It's not great. But I suppose in cricket it's been spread out over a few years. The good thing is he's been through it and he knows how to come back. He's obviously got the best experts around him that are going to help him," Cummins was quoted as saying by Sydney Morning Herald.

"I wish him all the best but it's obviously not ideal. You just want to go out and play sport, you don't want to think about these kinds of things or your health. Fingers crossed, he'll be OK."

Pucovski, who scored 495 runs in two Sheffield Shield matches to get into the contention for the opening spot, was tipped to be make his debut against Pakistan last summer but ruled himself out of selection due to mental health problems.

The 22-year-old had also pulled out from the test squad against Sri Lanka in 2018/19, taking a break from cricket to focus on mental health.

"Will is in career-best form, he's in a rich vein of form that a rare group of people probably ever get to experience and he's probably a week away from his Test debut," said Cummins.

The senior pacer said that he does feel for the youngster.

"Of course, you feel for him. The hardest thing I found about injuries is largely they're totally out of your control. You might be batting really well or bowling really well and something like this pops up as a major hurdle. Hopefully he'll get through it."

While Pucovski is recovering from a concussion, David Warner has been ruled out of the opening Test due to the groin injury he suffered in the limited over series, while Joe Burns is battling a poor form, leaving the selectors with a difficult task.

"I feel like leading into every summer the conversation is always about five quick bowlers we've got to fit into three (spots). This summer it was about the 10 batters we’ve got to try and fit into six (places)," he said.

"It's amazing how just before the Test starts it normally kind of sorts itself out.

"It's not a new problem. The good thing is we've (had batsmen who have) been able to play Shield cricket and lots of guys scored plenty of runs. But you want everyone to be available in a perfect world."