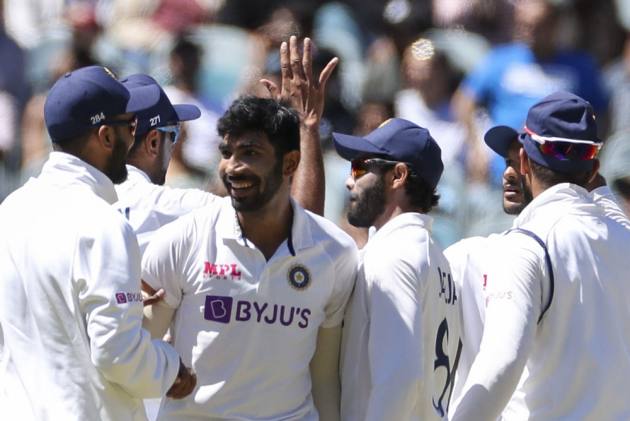 Not surprised with the Indian team's retaliatory act in the second Test, Australian speedster Pat Cummins says they will assess the fight put up by the visitors and be ready for combat when the third Test begins in Sydney from January 7.

India shrugged off the Adelaide Test humiliation to level the four-match series 1-1 with an eight-wicket win in Melbourne inside four days.

"Any side, once they have a big loss, you know they are going to come back little-bit harder. Everyone's incredibly proud when you are playing at this level, so no real surprise that they (India) came out really hard," Cummins said at a virtual press conference on Wednesday.

"They bowled and batted really well in this game and were absolutely up for the fight so we need to assess that ahead of the next game and make sure that we can combat that," he said.

The speedster was also impressed with young India opener Shubman Gill, who on his debut made 45 and unbeaten 35 in Melbourne.

"Shuby (Gill) looked good in his first Test. He is quite a calm character. Looks like, similar way he wants to play, wants to take the game on, which as a bowler provides opportunities, some days it will come off, some days it won't," he said.

Cummins has got the better of Cheteshwar Pujara thrice in the two Test matches so far but he insisted that they have not devised any special plan for the Saurashtra batsman.

"The reality is I don’t really know, just try and ball good balls, make a decision whether to play or leave it (for him) and just try and do it as long as we can. Fortunately, it has come off so far pretty early in his innings.

"There is nothing drastically changed and we (are) just going to try and concentrate on what we do well for a longer (period) and so far, it has worked. I'll be lying if I say we have got this grand plan that we have changed (for him)."

Despite the eight-wicket loss in Melbourne, Cummins said the effort of the bowling group was good in the Test.

"Our efforts and execution was really good. We created lots of chances, especially the first innings. To bowl a side out for 300 on the MCG, a really good wicket, and creating so many chances is a big tick. So, pretty happy from that regard (but) there are things to work on.

"Rahane batted beautifully, so look at what we could have done differently and review that. Overall it was a good performance from the quicks and Lyona (Nathon Lyon)," he added while also praising his co-pacer Mitchell Starc.

Now that Cricket Australia has confirmed Sydney as the venue for the third Test, 27-year-old Cummins is delighted to play at his home ground.

"Happy to get back to the SCG. Really special Test match here and our record there is really good. In terms of pitch, it is probably closer to the MCG than other wickets, in terms of, it is normally quite dry and a little-bit slow.

"But for Nathan Lyon, there is normally turn, so excited to get on different wicket and playing in front of the home fans is really special," he added.

Cummins, who has 153 wickets from 32 Tests, also feels that Aussies may not play with two spinners in Sydney.

"Not a selector, but I would say probably not, we are lucky that in our side we have got someone like Marnus (Labuschagne), he can bowl some leg-spin overs as well," he signed off.