India's move to use concussion substitution raised eyebrows with many, including in the Aussie camp, questioning the intention and also the qualification for "like for like" criteria 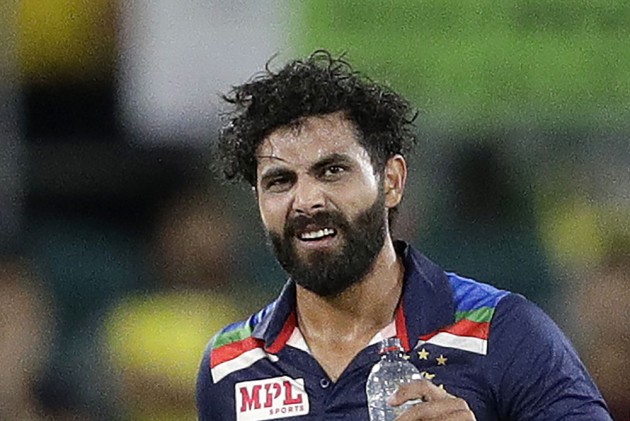 India flatly denied the accusations that they had used a 'tactical move' by replacing Ravindra Jadeja with Yuzvendra Chahal in the first T20I match against Australia.

India's move to use the concussion substitution raised eyebrows with many, including in the Aussie camp, questioning the intention and also the qualification for "like for like" criteria.

Defending the move, a senior team official of the touring party said that the call was made purely to safeguard the player's health. The official, while also narrating the turn of events, confirmed Jadeja had complained about feeling groggy and dizzy upon returning to the dressing-room.

"Sanju (Samson) was the first one to see it [the blow on Jedeja's helmet]. He immediately informed Mayank (Agarwal), who was seated next to him, that the blow was flush on the helmet. And Mayank then ran up to inform the team management," Cricbuzz reported the source as saying.

Jadeja was hit on the helmet by a Mitchell Starc bouncer in the last over of the India innings at Manuka Oval, Canberra on Friday.

The all-rounder, who also struggled with hamstrings, batted till the end, making an unbeaten 44 off 23. But the 32-year-old was replaced by Yuzvendra Chahal as India successfully defended 161/7 to win the series opener by 11 runs.

"At that point, we didn't even focus on his hamstring. It was all about ensuring that he get immediate help. We now know all about head trauma injuries and how dangerous it can be. Our focus was to purely make sure he's feeling better. And once the doctor had assessed him, we felt like we had no choice but to consult [match referee] David Boon regarding the protocols for getting a concussion substitute," the source added. "It's quite ridiculous that someone would think we would use one of our batsmen getting hit on the head as a tactic for anything."

During the innings interval, Aussie head coach Justin Langer was seen arguing with Boon, and many percieved it to be Australia's protestation against the substitute.

"What then transpired between Langer and Boon, we have no idea about. No one from our dressing-room was near that scene," the source added.

Meanwhile, Jadeja is likely to be out for at least three weeks which certainly rules him out of the first Test in Adelaide starting December 17.

"As per ICC's concussion protocols, after any head injury, a player needs to be rested for 7 to 10 days, which effectively rules Jadeja out of the three-day day/night warm-up game at the SCG from December 11," PTI reported quoting a BCCI source.

"Therefore, it is next to impossible that the Indian team management would field Jadeja, without any warm-up game time ahead of the opening Test," the source added.

And if it turns out to be a hamstring tear, it could well rule him out of the second Boxing Day Test in Melbourne from December 26.

Jadeja has been a regular feature whenever India has gone with a single spinner in overseas Test matches. In 49 Tests, he has taken 213 wickets and scored 1869 runs with a hundred and 14 fifties at an average of 35.26.