AUS Vs IND: India Look More Settled, But Will Be Underdogs When David Warner Comes Back - Isa Guha

David Warner's absence in the first Test and Ishant Sharma missing out of the four-match series pretty much puts both teams on an even keel but Isa Guha opined that once the left-hander is back in the mix, India would be the underdogs 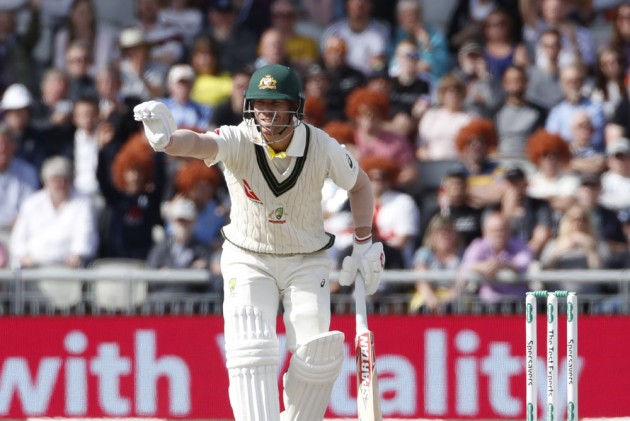 Former England women's speedster-turned-analyst Isa Guha feels that Indian team going into the first Test looks way more settled compared to the Australian side which is still searching for its ideal opening combination.

Isa, a veteran of 113 internationals for England, feels that out-of-form Joe Burns will not be opening alongside Marcus Harris in the opening Test at Adelaide starting on December 17.

"India look to have a more settled unit compared to Australia and their bowlers have a chance to pray on that," Isa, who will be commentating alongside Adam Gilchrist, Shane Warne and Mark Waugh for Fox Sports, told PTI on Tuesday.

"I don't see Australia selecting Joe Burns and we have to see whether its Marcus Harris-Matthew Wade coming out to open. As far as India is concerned, what I saw during the day/night game, I found Shubman Gill coping better than Prithvi Shaw," she said.

David Warner's absence in the first Test and Ishant Sharma missing out of the four-match series pretty much puts both teams on even keel but Isa opined that once the flamboyant left-hander is back in the mix, India would be the "underdogs".

"India will be underdogs when Warner comes back. I think it will be a fascinating contest. Also Rohit will be back for India in the last two games and their batting will also get stronger," she feels.

"Purely, in terms of fighting fire with fire, I think Rishabh will be selected. He is a batter who can take on the bowlers and take the game away. While Ravi (Shastri) has said that Saha is the best keeper, purely from batting point of view, Pant looks likely to be selected."

Had she been the captain, she would start off with senior pro Ravichandran Ashwin in the first Test but agreed that left-arm wrist spinner Kuldeep Yadav should be tried in Melbourne and Sydney where it will be conducive to his style of bowling.

"I will go with the experience of Ashwin in the first Test. Kuldeep can be played at Sydney, where he did well the last time."

With Australia allowing crowds inside the stadium in the post-Covid world, Isa is happy that fans would be able to enjoy live action in a marquee series where there would be "Box Office Cricketer" like Virat Kohli with another world class operator like Steve Smith in the opposition.

"Credit to Australian authorities for getting crowd back in the stadium. It is wonderful really. You know how much India appreciated the crowd support during their T20 victory," she said.

"At the Adelaide, with sun setting behind Sir Donald Bradman Stand creates the best vantage point."