With regular skipper Virat Kohli returning home for the birth of his first child, Ajinkya Rahane will lead India in the remaining three Tests of the Border-Gavaskar Trophy 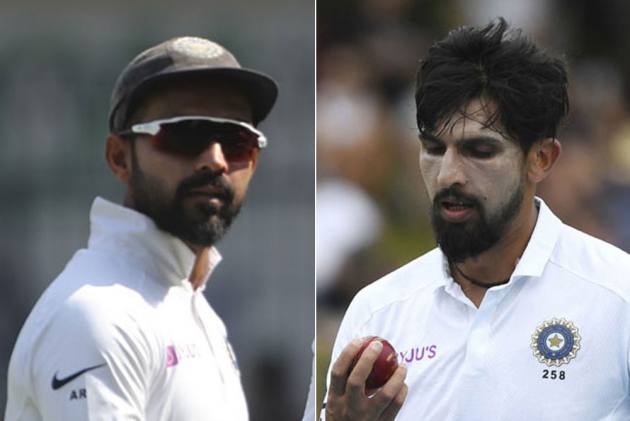 Stand-in skipper Ajinkya Rahane is a "bowler's captain" whose calm demeanour and clear communication with players should help him lead the team well in remainder of the Test series against Australia, says India fast bowler Ishant Sharma.

With regular skipper Virat Kohli returning home for the birth of his first child, Rahane will lead India in the remaining three Tests of the Border-Gavaskar Trophy.

Ishant, who missed the Australia tour due to a side strain injury, said Rahane has ability to nicely play the leadership role.

"He's very quiet and confident and I must say he's a bowler's captain," Ishant told 'ESPNcricinfo'.

"Whenever we have played together and Virat has not been around on the field, he'd ask me 'What kind of field you want? When you want to bowl? If you want to go on (bowling)?

"He's a bowler's captain. He's not someone who'd say 'do this or do that ... He is very clear about what he wants from his team."

Rahane has led India to victories both the times he had captained the side in absence of Kohli against Australia and Afghanistan.

"You can see what kind of person he is in his captaincy. He is very calm and composed. I can't say he does not have a sense of humor. He jokes around with us," Ishant said.

"Jinx (Rahane) spreads calm energy in a pressure situation. There won't be any tension, he'd communicate with the bowlers very well."

Talking about Kohli, the 32-year-old pacer said: "If there's a partnership growing and it's a flat phase when fielders are just going through their motions, one player's energy level can change the scenario," he said.

"The kind of energy Virat brings to the table ... not everyone can match that."

The second Test is scheduled to be held from Saturday followed by games in Sydney and Brisbane.