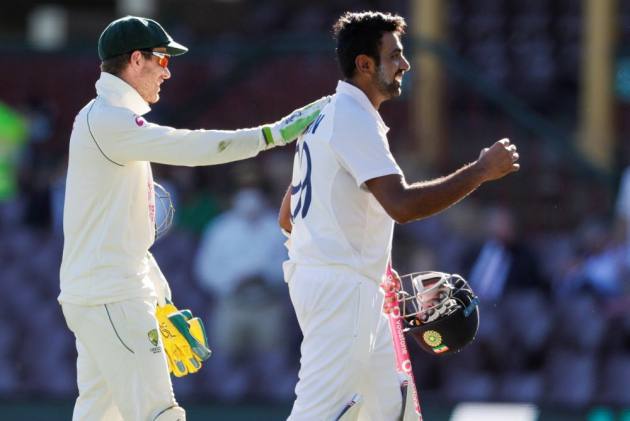 Australia coach Justin Langer on Wednesday unequivocally supported his under-fire skipper Tim Paine, calling him an "outstanding leader", who will remain in the top job for some more time despite his poor keeping and unsportsmanlike conduct in the third Test against India.

Paine was heavily criticised for sledging and yelling at Ravichandran Ashwin who battled pain and aches to help India draw the match on the fifth and final in Sydney. He also dropped three catches at crucial junctures.

But Paine has "100 per cent" backing of his coach.

"You have no idea how much faith I have in Tim Paine, he did not have his best day, no doubt about that, but after three years he has been outstanding as the Australian captain, everything he does," Langer said during a virtual press conference.

The chief coach was speaking two days ahead of the series-deciding fourth and final Test here.

"He (Paine) had a frustrating day, that cut him some slack surely. But having said that when you set a standard as high as he does and as we do, we understand when you are criticised when we fall below that.

"It is not what we are about, but Tim Paine is an outstanding leader and will continue to be for some time to come yet, he has my 100 per cent support," added Langer.

On Tuesday, Paine himself apologised for his on-field behaviour on the final day at the SCG, saying his leadership was not good enough and he ended "looking like a fool" by sledging Ashwin.

Langer lauded Paine for coming out publicly and issuing an apology.

"The captain got up publicly and put his leadership on the line yesterday and said this is not how we do it and that takes great courage to do that, so we have shown that," he said.

"He will be fine, as I have said he has shown great courage to go on the front foot, admit that it wasn't up to his high standards and now he is a very determined young man.

"Tim Paine is very passionate about this team and the directions this team is going (in), he will be very up for the contest," added Langer.

"I think he has been brilliant. The very fact that he missed some catches, probably said he was a bit distracted for this (last) Test match and he talked about it yesterday.

"I thought he batted really well in second innings. I think his keeping is outstanding, he has been one of the great wicketkeepers that we had in Australia.

"He works very hard on it, he prides himself on it, I think he has kept wickets really well throughout this summer," the coach said.

According to Langer, if the players are crossing the line it is discussed in the change rooms.

"If our guys are stepping out of the line, we talk about it, we have talked a lot about what happened on that last day, we already have and we will continue to do that.
"I hope over the last three years we have shown ourselves to be really good people, sports people on and off the cricket field, so we don't shy away," he signed off.

The series is currently tied 1-1.  The fourth Test will be broadcast live on Sony Six, Sony Ten 1 and Sony Ten 3.