Steve Smith, who was named Test player of the decade, has managed just 10 runs in the first two matches, while Marnus Labuschagne could not capitalise on the starts 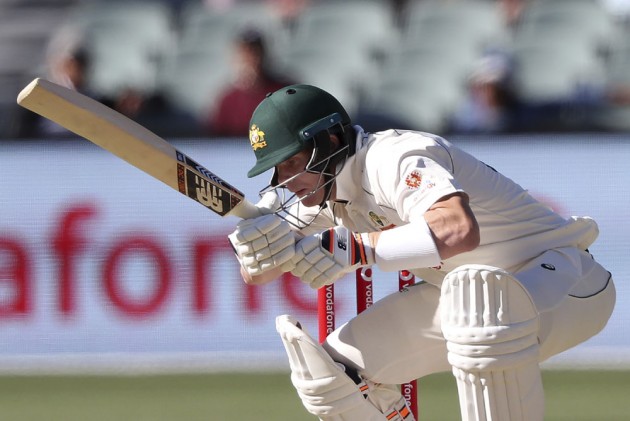 The Australian team is not fretting over the lack of form of Steve Smith and Marnus Labuschagne as they are "massive run scorers" and would come good in the remaining two Tests against India, pace spearhead Pat Cummins said on Wednesday.

Smith, who was named Test player of the decade this week, has managed just 10 runs in the first two matches, while Labuschagne could not capitalise on the starts with scores of 47, 6, 48 and 28 in the four innings so far.

"I think we all hold such high standards, that is because they do go and seem to score runs just about every time. But the reality is it's only been two Test matches," Cummins said at a virtual press conference.

The 26-year-old Labuschagne has scored 1588 runs at 58.81 in 16 Tests since bursting on to the scene, while Smith hit successive centuries in the ODI series against India last month.

"For guys like that (Smith and Marnus), they don't need to look too far backwards," Cummins said.

"Marnus absolutely churned them out and dominated last summer. Steve was only a month ago that he scored two back-to-back hundreds in one-dayers, off 70 balls, so no stress, I am sure, they will find a way."

Australia have struggled to put up a big score on board, managing 191 in the first innings in Adelaide Test, which they won by eight wickets, while scoring 195 and 200 in their eight-wicket loss to India at the MCG.

Cummins admitted there were areas to improve but exuded confidence that his batters will find their way back.

"It's only been two test matches, we've really only had three innings, so it's probably too small a sample size to say people need to change the way they go about things, but for sure, there's certain areas we can improve on.

"I'm sure we'll find a way like our batters have time and time again," he said.

"I still love Test cricket with the red-ball as well. Pink ball ... a spectacle ... is great as an event, I'll have one or two tests maybe a year," he said.

"But for me I think red ball Test is ... that's not going anywhere, that creates the fairest contest between bat and ball.

"I think we had some great pink ball test matches and Adelaide Oval has done a great job with the pitch they have provided (for it)."

Cummins picked South African AB de Villiers as the toughest batsman that he has bowled to in his career.

"I think I had to say Ab De Villiers is probably my toughest batter I have bowled to, especially in 2018 Test series.

"He just looks a class above and you feel like anytime he can switch over in T20 mode and batting with the tail, he can make hundred in five overs, so I’d say him."

The third Test will be aired on Sony Six, Sony Ten 1 and Sony Ten 3 from January 7 from 4.30 AM onwards.