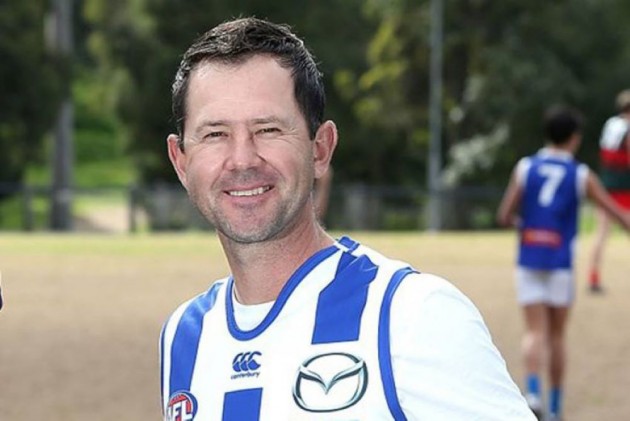 Former captain Ricky Ponting on Tuesday slammed the Australian batsmen for lacking intent while facing Indian bowlers in the ongoing Test series, saying the hosts have to stop being "scared of getting out" to arrest the slide. HIGHLIGHTS | SCORECARD | NEWS

India registered a remarkable eight-wicket win in the second Test here after a humiliating defeat in the first match in Adelaide where they had scored their lowest ever Test score of 36.

"(Australia) made 191 there (in Adelaide), 195 and 200 here. That's not batting in Test match cricket. And the worry I've got is how long it takes them to get those runs. That's my issue," Ponting told cricket.com.au.

The legendary batsman said the national selectors "have got more questions to answer now than they have had in a long time".

He said if the Australians were trying to apply themselves and bat for long periods of time, they "haven't been good enough to do that" as can be seen in Adelaide and at the MCG.

"They've scored at two-and-a-half runs an over in Adelaide and here (in Melbourne) and they did (that) against India in the last series out here (and) that was also another losing series.

"I think they need to have a good look at how they're playing."

In the two Tests so far, Australia's highest individual score is Tim Paine's unbeaten 73 in Adelaide, while there have only been three partnerships worth more than 50.

"It's all about partnerships and they haven't had any partnerships through the first couple of games," said Ponting, one of the most successful captains ever in world cricket.
"The cracks are probably painted over from Adelaide."

Ponting conceded that star batsman Steve Smith is struggling and he needs to get back to form if Australia have to stay afloat in the series. Smith has scored 1, 1 not out, 0 and 8 in the four innings so far.

"They need Warner back, they need Smith to score runs, they need Labuschange to find the form of last summer as well," said the legendary batsman.

"... those three players are so vitally important to this Australian line up. We saw the last tour out here (in 2018-19) with Smith and Warner not being there how frail Australia looked then."