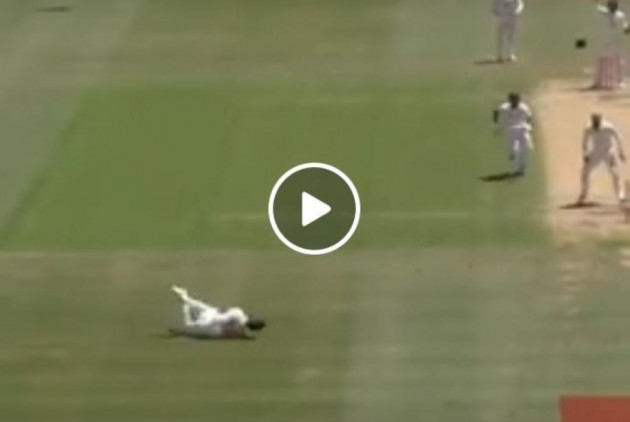 Fielding at mid-off, Hazlewood not only dived to stop the ball but also managed to release the ball while in the air. The resultant direct hit caught Vihari well short of crease, reducing India to 142/4.

Vihari, who had come in to the bat after the fall of skipper Ajinkya Rahane, was looking to build a partnership along with Cheteshwar Pujara.

As Vihari jumped out of the crease to drive Nathan Lyon to mid-off and steal a quick single, Hazlewood effort ensured that the Indian batsmen was run out for 4.

Josh Hazlewood talks us though today's incredible run out and whether or not he's now got his mate Pat Cummins covered ðÂÂÂÂÂÂÂÂÂÂÂÂ#AUSvIND | @alintaenergy pic.twitter.com/OzSllgrLHM

Australia are well-placed in the third Test against India after a strong day.

Pat Cummins (4/29) and a brilliant fielding display, which saw two more run outs, India were dismissed for 244 in response to Australia's first-innings 338. The hosts reached 103-2 at stumps to take a lead of 197 runs.

Watch: Jadeja Calls His Direct Hit To Run Smith Out 'Best Ever'

Cheteshwar Pujara (50) led India's batting effort, but they lost wickets in quick succession to finish their innings as the SCG pitch began to show signs of uneven bounce.