The Indian contingent has been cleared to play in the third Test at the Sydney Cricket Ground. 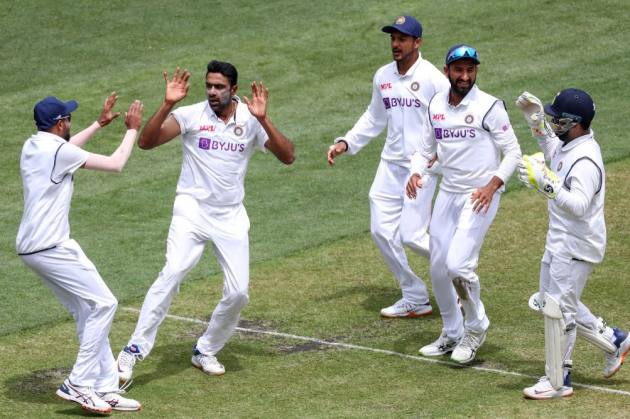 The Indian cricket team and its support staff have returned negative in the latest COVID-19 tests conducted here ahead of the third Test against Australia in Sydney, the BCCI said on Monday. Tour Schedule | Photo Gallery | News

The game is due to start on January 7 and the Indian team landed in Sydney on Monday as scheduled.

"Playing members of the Indian Cricket Team and support staff underwent an RT-PCR Test for COVID-19 on January 3, 2021. All tests have returned negative results," the BCCI said in a short statement.

The statement came a couple of days after five Indian players -- vice-captain Rohit Sharma, opener Shubman Gill, stumper Rishabh Pant, pacer Navdeep Saini and batsman Prithvi Shaw -- were placed in isolation when a video of them at an indoor restaurant was posted by a fan on Twitter.

Cricket Australia had announced that a joint investigation with the BCCI was on to determine whether it amounted to a breach of bio-security protocol for the series.

The five were, however, allowed to train and travel with the team for the match in Sydney. According to sources in the Indian contingent, they have been cleared to play in the third Test at the Sydney Cricket Ground.

All the players and support staff returning negative for COVID-19 is welcome news for the Indian team amid the controversy around the alleged breach of bio-security protocols.

Despite the announcement of a joint investigation by BCCI and Cricket Australia on the alleged breach, there has been no word on it from either of the two boards in the last two days.

According to the bio-security protocols set by CA, players are allowed to sit outside but not allowed to dine inside restaurants. The players, according to team sources, have maintained that they went in to escape a drizzle.

It is understood that the controversy has not gone down well with the travelling team and it is not amused with how CA has so far handled the issue.

The latest development is preceded by Australian media reports that the fourth Test in Brisbane has been jeopardised as the tourists are reluctant to travel there in view of stricter quarantine rules.

But the final Test, starting at the Gabba from Janauary 15, is on as of now.

The four-match series is currently locked 1-1 after India fought back with an eight-wicket triumph in the Melbourne Test following a humiliating loss in the opener in Adelaide.