On the last day of the Sydney Test, Tim Paine tried to unsettle Ravichandran Ashwin by sledging the Indian spinner, and Sunil Gavaskar termed it unbefitting of national team captain 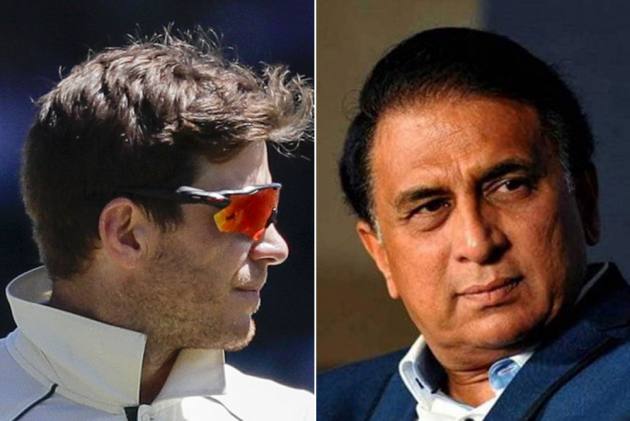 Australia captain Tim Paine wouldn't engage in a war of words with Sunil Gavaskar, saying the legendary Indian's critical assessment of his leadership doesn't bother him one bit.

On the last day of the Sydney Test, Paine tried to unsettle Ravichandran Ashwin by sledging the Indian spinner and Gavaskar promptly termed it "unbefitting of national team captain" whose days as the man in charge seemed to be "numbered".

Paine in a curt manner put forth that Gavaskar doesn't bother him.

"He is entitled to his opinion. It doesn't affect us one iota. It is adding to the Test match, which is great. So Sunny can keep saying what he wants to say at the end of the day, it is absolutely nothing to do with it."

Paine has already publicly apologised for crossing the line and said that from now on, he would like to play the way he knows and that's doing his job with a smile on the his face.

"Throughout my career, I have done a pretty good job of being relaxed 99 percent of the times. That's when I have played my best cricket. Other day, I thought I got caught up in the moment.

"What I have been good at it is able to step back and have a look around the crowd and realise you are captaining your country in a Test match, something I have always dreamt of. Obviously, I am going to compete very hard and I am going to win as much as anyone and I would like to competitive," said the 36-year-old, whose own place in the team will be under scanner if they don't win the series.

Asked if he would continue the banter after what happened in Sydney?

"I will be myself. Don't know how many Tests I have played but I have gone about in a pretty consistent fashion. Other day, it was a blip on the radar," he had no shame in admitting.

Paine said that he wouldn't still mind a light-hearted banter.

"I have copped that on the chin and look to come out and play competitive cricket, as I always do. There is a bit of banter that I always do but be aware of the stump mic and be a bit more respectful of the umpires, officials and players," the skipper added.

On the subject of the dropped catches for which Australia paid dearly, Paine said it was both technical glitch and not being in a good head space.

"There was probably little-bit of both, there was a slight technical thing, nothing major, that's for sure. I was little-bit tens that made my arms and hands a bit stiff, a bit tight," said Paine.

He explained why he dropped Rishabh Pant twice off Nathan Lyon.

"....at times, the ones of Nathan in particular, I actually let the ball get underneath my eyes and my hands were too close to my body and didn't have enough room to go with it," he said.

"...so for me it was slight technical tweak, making sure that I am getting my hands bit at front, giving myself bit more room to move and adapt with the ball and not let the ball get under my eyes. If it gets under your eyes, the you lose sight of it."

"Steve is in good frame of mind. We have seen through what he has gone through in the last three years that he came back straight into form and performed in the Ashes, he is mentally very strong, very tough," the skipper said.

"He knows that at times he is going to be criticised and he has handled that extremely well not only this week but since he has come back in to our side, so, if anything he feeds off it, his statistics will speak for himself and we will see the best of Steve Smith this week."