AUS Vs IND: Will Pucovski, Cameron Green Push For Australia Test Places – But Will Youth Have To Wait?

Will Pucovski and Cameron Green have well and truly earned their spots in Australia's Test squad, but may still have to wait for opportunities 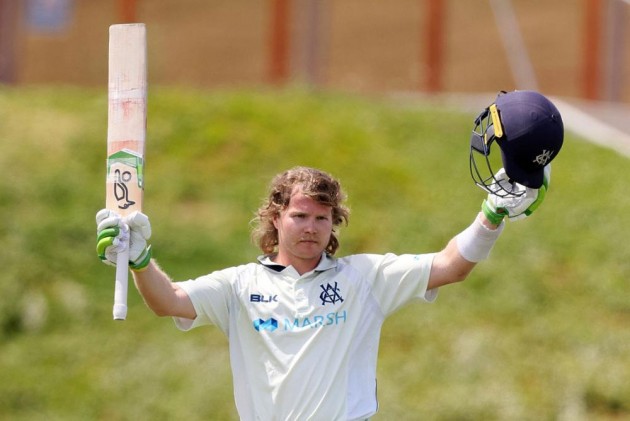 Will Pucovski and Cameron Green have well and truly earned their spots in Australia's Test squad. (More Cricket News)

After impressing to begin the Sheffield Shield season, Pucovski, 22, and Green, 21, were named in a 17-man selection to face India.

Pucovski has shown just why he is so highly rated, having previously been named in the Test squad to face Sri Lanka in early 2019, although he did not make his debut.

Later that year, the Victorian revealed his struggles with mental health issues, withdrawing from contention for a Test series against Pakistan.

But his form to begin the 2020-21 Shield season was impossible for selectors to ignore, and he has put pressure on Joe Burns for a place when the first Test begins in Adelaide in December.

ALSO READ: Who Are Will Pucovski, Cameron Green

Pucovski has scored 495 runs at an average of 247.5, including double centuries against South Australia and Western Australia.

He became the first player to score double centuries in consecutive Shield innings since Dene Hills in 1997-98. Since Bob Simpson in 1963, that feat has been achieved just four times – by Peter Burge in 1963-65, Dean Jones (1991), Hills and Pucovski.

Having contributed 42.1 per cent of all of Victoria's runs in the Shield this season, Pucovski boasts the highest such percentage of any player, as per Opta. The next best is his opening partner, Marcus Harris, who has scored 355 – 30.2 per cent.

Pucovski and Burns, who has just 57 runs in five innings this Shield season, were also both named in the Australia A squad to face India A and India in tour matches.

He may not be the only injection of youth to Australia's Test team.

Green, also named in the limited-overs squad to face India, is pushing his case too. The Western Australian has amassed 363 runs at an average of 72.6 to begin the Shield season, while also taking two wickets.

Green made 197 against New South Wales last month, facing Sean Abbott and Nathan Lyon, who are also part of the Test squad.

Most impressively, Green has a false shot rate of just 6.1 per cent, which is the second lowest of any player who has scored at least 50 runs in the Sheffield Shield this season. Only former Australia batsman Callum Ferguson (5.9 per cent) has a better rate, and he has 177 runs in six innings. Pucovski's, meanwhile, is 12.2 per cent.

While Pucovski and Green are in contention, they may have to wait. Australia coach Justin Langer suggested on Friday that Burns would keep his place ahead of Pucovski, thanks to his opening partnership with David Warner, which has yielded 1,365 runs at an average of 50.55 in Tests.

By the time Adelaide comes around, Australia's mos recent Test would have been almost a year ago, against New Zealand in Sydney. Of the top six from that encounter, only Marnus Labuschagne (26) and Travis Head (26) are under 30, but Australia are the world's top-ranked Test team.

Now, Pucovski and Green are knocking the door down as they push for places, but they may have to bide their time.