New Zealand were no match for Australia, who celebrated another thumping victory in the final Test in Sydney on Monday 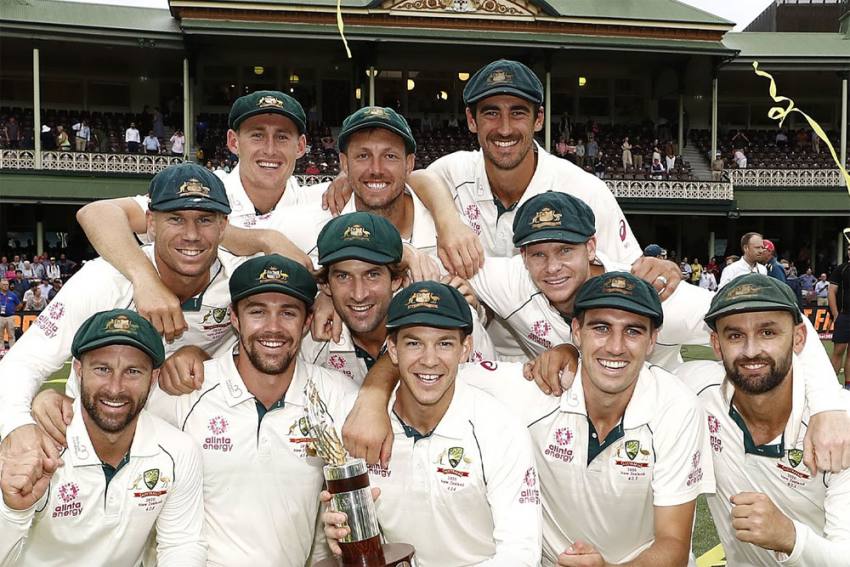 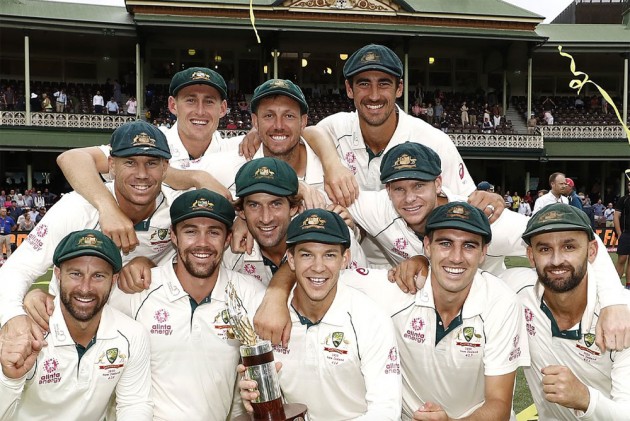 Warner scored an unbeaten 111 to lead Australia to 217-2 declared in their second innings and a mammoth lead of 416 runs on day four at the SCG on Monday.

And New Zealand's horror tour in the trans-Tasman series finally came to an end after being dismissed for 136 during the final half-hour, as Matt Henry did not bat due to injury.

Ross Taylor (22) made history by becoming New Zealand's all-time leading Test runscorer, however, it was another forgettable day for the visitors as Australia spinner Lyon (5-50) finished the match with 10 wickets.

The Black Caps were reduced to 4-2 inside five overs after Mitchell Starc (3-25) tore through openers Tom Latham (1) and Tom Blundell (2), while Lyon and Pat Cummins (1-29) joined in to leave New Zealand reeling on 38-5 after tea.

Pat and the Giant Peach!

Taylor was skittled by a stunning Cummins delivery in the over after surpassing Stephen Fleming for his country's record as Australia steamrolled New Zealand inside four days for the third consecutive Test.

Colin de Grandhomme (52), BJ Watling (19) and Todd Astle (17) provided some resistance but Australia showed their class to remain undefeated in their home season.

Tim Paine's side resumed on 40-0, with Warner and his under-pressure opening partner Joe Burns setting about building upon an already commanding lead of 243.

It's been a helluva comeback from the 'Bull'! #AUSvNZ pic.twitter.com/43mtaEeHBk

Only two wickets fell as Warner celebrated his third century of the Australian summer and 24th of his career – taking his tally to 786 runs at 131 against Pakistan and New Zealand.

Burns added 24 to his overnight score when he was trapped lbw by Astle (1-41), for 40 despite originally being given not out.

Marnus Labuschagne (59) contributed a quick-fire half-century – his seventh score above 50 in eight innings – before going out swinging to Matt Henry (1-54).

Australia have been penalised five runs for running in the 'danger zone' of the pitch.#AUSvNZ | https://t.co/rx14Qs3S0i pic.twitter.com/sIEtazVcXl

Australia's innings also featured a five-run penalty after umpire Aleem Dar ruled Labuschagne and Warner ran down the protected area of the pitch – the five runs added to New Zealand's first innings, improving it from 251 to 256.

In the final analysis, it made scant difference.