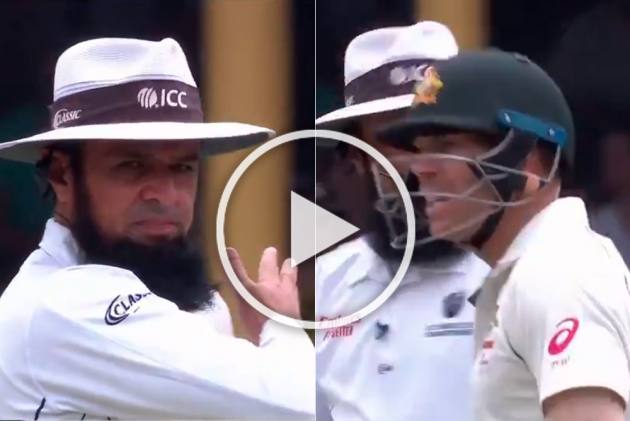 Australia wasted no time on Monday to complete a 3-0 series sweep against New Zealand with a 279-run victory in the third Test over the International Cricket Council's No. 2-ranked team. (More Cricket News)

The Aussies wrapped up the Sydney Test on the fourth day with a devastating bowling spell in the afternoon. But the Kiwis received a rare bonus as Australia incurred a five-run penalty for running on the pitch late in their second innings.

Umpire Aleem Dar deemed that David Warner and Marnus Labuschagne were not veering off the pitch enough while running between wickets. Five runs were subtracted from the original target of 421 for New Zealand.

Australia have been penalised five runs for running in the 'danger zone' of the pitch.#AUSvNZ | https://t.co/rx14Qs3S0i pic.twitter.com/sIEtazVcXl

Warner frustratedly complained to Aleem, saying "What have I done wrong?"

Meanwhile, the Pakistani umpire made a mess of the signal. s seen in the video, Dar repeatedly tapped his left shoulder with his right hand, instead of placing one hand on the opposite shoulder.

Here's how it's done -- the umpire signals five penalty runs by bringing one arm across his chest and touching his shoulder. If he taps that shoulder, the penalty runs are awarded to the batting side.