Australia drew first blood in the Test series, with the hosts outclassing Pakistan at The Gabba, Brisbane 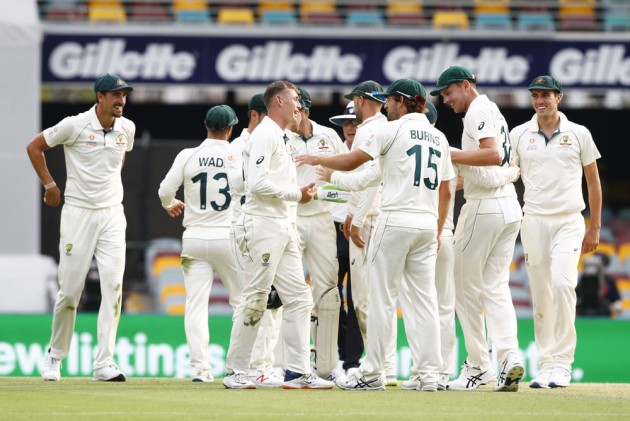 Australia defeated Pakistan by a mammoth innings and five runs in the opening Test at the Gabba on Sunday. (More Cricket News)

Pakistan were bowled out for 335 in their second innings as Australia wrapped up victory inside four days in Brisbane.

Despite Babar Azam's brilliant century and a 95-run knock from Mohammad Rizwan, Australia were not to be denied – paceman Josh Hazlewood leading the way with figures of 4-63.

Pakistan resumed on 64-3 and faced a heavy defeat after man of the match Marnus Labuschagne and David Warner put Australia in a dominant position at 580, in reply to Pakistan's first-innings 240.

Australia take the victory by an innings and five runs!

Babar (104) provided some resistance after Pat Cummins (2-69) and Hazlewood had struck in the morning session to reduce Pakistan to 94-5 – Shan Masood (42) and Iftikhar Ahmed (0) the victims.

A second Test hundred for Babar thwarted Australia, while he also combined for a 132-run sixth-wicket stand with Rizwan.

But after a two-and-a-half resistance between the pair, spinner Nathan Lyon (1-74) finally broke through to send Babar back to the pavilion, with the tourists 226-6.

Yasir Shah (42) came to the middle and put on 79 runs with Rizwan as the duo fought to prolong the Test into a fifth and final day.

But when Rizwan fell to Hazlewood, the writing was on the wall as Aussie quick Mitchell Starc (3-73) helped close out proceedings.