Playing in his first international match, 16-year-old Naseem Shah took the prize wicket of David Warner on Day 3 of Australia vs Pakistan Test match at The Gabba 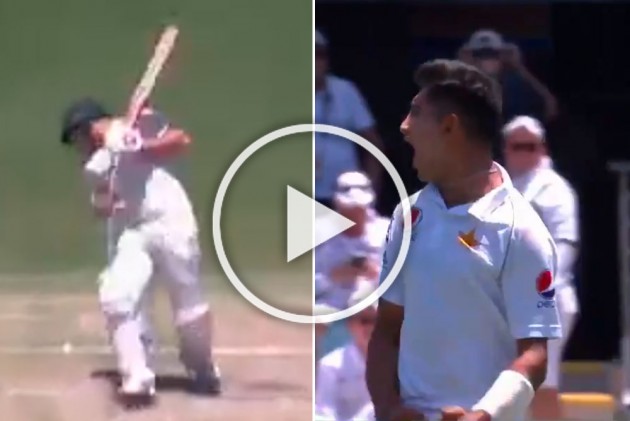 Naseem Shah is the new face of Pakistan cricket. He is only 16, but already standing tall among the stars. On Day 3 of the Gabba Test against hosts Australia, Shah produced a lethal bouncer to dismiss David Warner, who was batting on 154. (More Cricket News)

The well-directed snorter caught the Aussie opener in the most awkward position, leaving the bat hanging in the air even as he took evasive action to escape getting hit. But the rising delivery clipped the bottom-edge of the bat and wicket-keeper Mohammad Rizwan took a fine catch.

A special moment for Naseem Shah with his first wicket in Test cricket.

It was Shah's maiden international wicket. On Day 2, he had Warner's wicket but was denied due to over-stepping.

In reply to Pakistan's first innings score of 240, Australia were 532/5 at tea on the third day with Marnus Labuschagne and Tim Paine unbeaten on 171 and 13 runs respectively.