Matthew Wade hit Shaheen Shah Afridi for three consecutive sixes in the 19th over to help Australia qualify for the T20 World Cup final. Pakistan were in command for most of the AUS vs PAK semifinal. 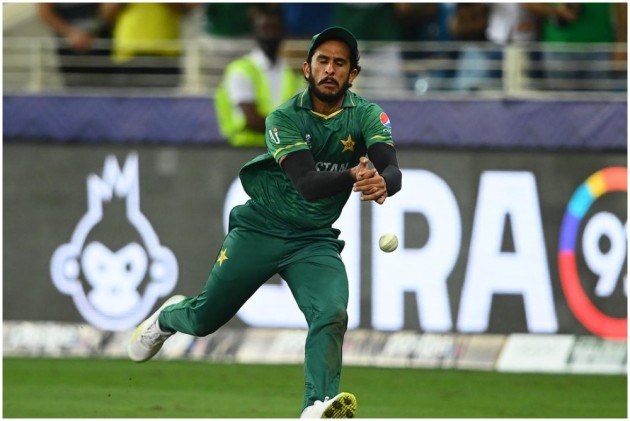 Pakistan captain Babar Azam admitted Hasan Ali dropping Matthew Wade in the penultimate over of their T20 World Cup semifinal ‘swayed’ the game in Australia’s favour on Thursday in Dubai. Australia won the game by five wickets to set up a final clash with New Zealand on Sunday.

Needing 22 runs in the final 12 balls, Shaheen Shah Afridi was trusted with the ball. The left-arm pacer gave just a run in the first two balls before bowling a wide in the third while trying to get his Yorker right.

Mathew Wade whipped Shaheen over mid-wicket trying to clear the longest part of the ground but didn’t get the required elevation only to be dropped by Hasan Ali, inches inside the boundary line. Wade took two runs off the dropped chance.

The next three balls read 6, 6, 6 as Australia romped home with an over to spare. Mathew Wade finished with an unbeaten 17-ball 41 along with his crime partner Marcus Stoinis who got 40 not out from 31 balls.

“The turning point was that dropped catch. Had we taken it, the scenario could have been different,” said a dejected Babar Azam in a post-match chat.

“I thought we scored as many runs as we had planned in the first innings. I think if we give such teams a chance in the back end, it is going to be costly.”

Earlier, batting first, Pakistan posted 176/4, thanks to the fifties from Mohammad Rizwan (67) and Fakhar Zaman (55 not out). Babar Azam too contributed with a stroke-full 39. Meanwhile, Mohammad Rizwan came into this match after spending two nights in the ICU complaining of chest pain.

Chasing, Australia were off to a disastrous start losing captain Aaron Finch for a first-ball duck on the third ball of the innings. David Warner (49) along with Mitch Marsh (28) steadied the ship with a 51-run stand for the second wicket.

However, Pakistan once again came back into the game through Shadab Khan, who ran through the Australian top-order with four quick wickets but it was the Wade-Stoinis duo who changed the fortunes of the Australia vs Pakistan T20 World Cup semifinal.

Babar also heaped high praise for Rizwan calling his wicketkeeper a ‘team man’. “When I saw him, he was a little bit down, but when I asked him about his health he said, no, ‘I will play’. And the way he played today he showed that he’s a team man.”

Coming into this T20 World Cup as underdogs, Pakistan took everyone by surprise as they won five matches on trot in the Super 12 stage to qualify for the semifinals, which included a 10-wicket thrashing of arch-rivals India in the opener. They also defeated eventual finalists New Zealand in the next.

“The way we gelled and played the entire tournament, I am satisfied as a captain. Hopefully, we’ll learn from this for the next tournament. When you play so well throughout there were small mistakes that cost us the match in the end.

"We gave players roles and they executed it really well. The way the crowds supported us, we enjoyed a lot as a team. We always enjoy playing here,” Babar signed off.